Gambling is present all over the globe in some form or another. Regardless of the type of gambling offered, people are always interested in taking a chance to win some money.

Both the West and East have cultivated a culture of gambling over the past centuries, with certain cities becoming symbols for this. Las Vegas and Atlantic City are well-known for their betting image, while Macau shines as the main gambling hub in the East.

Africa, however, does not enjoy the same level of development as other continents. While there has been some progress over the last few years, not many countries have been accepting of betting as their Western counterparts. Still, there is huge potential is African gambling, albeit with certain caveats, and the African market could very well explode in the future.
Economic and Political Factors 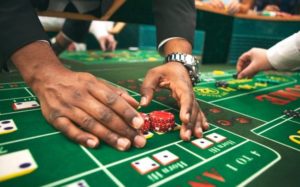 Before we consider anything, we have to take into account that Africa is a big place. It is the second-largest continent in the world, just behind Asia, and there are a lot of cultural, economic, and political differences between the various nations. In terms of economic prosperity, African countries do not rank high compared to the rest of the world. Many African nations are among the poorest in the world, lacking basic infrastructure and necessities. But some have shown a lot of potential over the years and have made significant progress.

One also has to take into account the various cultural factors. Nations in Northern Africa are especially limited by their cultural ties, especially where gambling is concerned. Most countries in that part of the continent are bound by Islamic morality and are unlikely to develop a proper gambling scene. Considering also the major political upheavals in recent history and it seems that betting is hardly a priority for these nations.

These are only a few of the factors that play a role in the development of African gambling. They are quite serious and will prevent many nations from establishing the gambler’s paradise that many dream of. However, certain countries have risen above their troubles and are already on their way to forming great gambling industries. It is also worth pointing out that considering how the coronavirus affects the market, it is expected that online gambling will see an increase at the cost of its land-based counterpart.

Most countries in Africa have gambling in some form or another, be it as simple as a national lottery or full-fledged casino gaming and sports betting. However, only a few have developed their gambling scenes to a sustainable level. 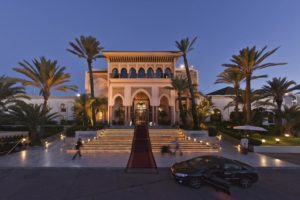 Morocco has been in the gambling business for more than half a century. The country legalized in only four years after gaining independence in 1952 and there are plenty of land-based casinos operating in Morocco. Sports betting is also practiced in the country, though it finds itself more in a grey area rather than full legalization.

Technically, Morocco is an Islamic country and as such, the native population is not quite fond of the betting activities fostered by the state. This means that the gambling scene in the country is geared towards foreigners and tourists, of which there seems to be an abundance. Online gambling is also a major point of interest and has become fully legalized. 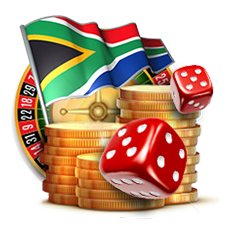 On the other side of the continent, we have South Africa, which is among the most developed nations in this part of the world. It is considered to be a leader as far as gambling is concerned and has fostered a budding betting industry.

Online gambling has taken off in recent years and plenty of companies have set their sights on the market. There are now hundreds of betting sites that accept players from South Africa, with the number likely to expand in the future. There are dozens of operators active in South Africa, with more than 40 licensed land-based casinos and hundreds of bookies available to the public. Bingo halls and horse betting have also risen in number, showing a clear interest by customers. In its present state, the South African betting scene is a state of constant growth and if things remain as they are, it will only get better.

By all accounts, the gambling industry in the country has seen increases in revenue on a year-to-year basis. According to the latest news from ngb.org.za, the South African gambling market generated about $1.8 billion in revenue over the last fiscal year.

Tanzania is an interesting one, to be sure. Though not as economically developed as the previous two on the list, Tanzania has an immense tourist market, which accounts for about 17.5% of the country’s economy. Of course, with such a large tourism industry it only makes sense to make gambling official and available to the public.

This is how it came to pass that Tanzania is now home to plenty of casinos, sports betting shops and bingo halls. The former capital Dar-es-Salaam now features multiple casinos, including several five-star resorts. There are many more spread out throughout the country and any avid gambler can find their fix in Tanzania.

The Moroccan Betting and Gambling Landscape

The Next Normal of Punters in Africa iGaming Industry