The sidelining of virtually all major sports competition in the U.S. has left many gamblers looking to the ends of the Earth to find alternatives.

Table tennis competition in Russia, Ukraine, and the Czech Republic became a hit with bettors in Pennsylvania recently — and now it is becoming the “it sport” in New Jersey as well, PointsBet Sports Content Manager Andrew Mannino told njonlinegambling.com Tuesday.

“Bettors in New Jersey are taking a shine to table tennis now,” Mannino said. “They seemed to be more resistant at first, going more for hockey and soccer (both in Belarus) early on. But table tennis is an exciting game, and there are multiple matches every day. Pretty soon you notice you’re seeing the same people more than once, so you start to see trends.” 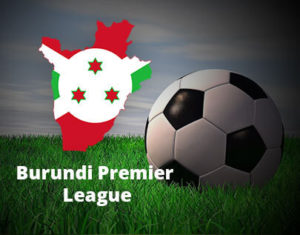 But like all of the nearly two dozen online sports betting operators in New Jersey, PointsBet is constantly looking for more options for bettors. If you want to bet on the Burundi Premier Soccer League, the 12 franchises still have a handful of matches left before the end of the season within that neighbor of Rwanda, Tanzania, and The Congo. Keep in mind that LE Messager FC de Ngozi is on the verge of winning its second title in three years. Will it coast in its last game or two if the title is clinched, or is it the sort of squad that thirsts to win even meaningless games?

The Cactus Tour, which bills itself as “The Tour for Women Golf Professionals in the Western United States,” is currently running, and it is available on PointsBet and other online sports betting apps.
The Tour, being the only game in town, has higher-profile fields than you might expect. For instance, I recognized the name of one of the recent winners, Carlota Ciganda, who has four top-10 results in LPGA 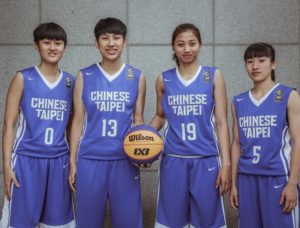 An even bigger name among those winners is Anna Nordqvist, who not only won the LPGA Championship — a major — in 2009, but also the LPGA event played annually near Atlantic City in 2015. Launching this week is a new season of Chinese Taipei basketball, it appears, so that’s another option. “Coming attractions” in New Jersey include the WNBA draft, NASCAR ‘iRacing,’ baseball in South Korea and Chinese Taipei, and volleyball and handball in — where else? — Belarus.

As for soccer, Nicaragua is drawing some interest. And state Division of Gaming Enforcement regulators have greenlighted — once they are able to resume play — leagues in Algeria, Bolivia, Cameroon, Chile, Costa Rica, Ecuador, Fiji, Ghana, Hong Kong, Nigeria, Singapore, South Africa, and Uruguay.
Also in the “on-deck circle:” British lawn bowling and snooker, India cricket, Ukrainian hockey, and handball in Sweden, Turkey, and Ukraine — for those who find Belarusian handball doesn’t quite cut it.
More than a dozen basketball leagues, from Barbados to China and from Argentina to Australia, also have the DGE imprimatur whenever their opening tips come.

“We’re doing our best to keep on top of all of this, and we’re all getting geography lessons,” said Mannino. “We’re expecting word on April 14 whether cricket will be resumed in India. Lawn bowling, they did get a couple of matches in before they shut down.”

Mannino said that DGE regulators have been busy doing due diligence on these obscure sports, seeking to protect the public from potentially corrupt sports. He added that PointsBet does its homework as well, since offering a tainted sport would not be good for its business.

The regulators set a maximum winning bet limit on any of these sports at $500 — plenty for most casual bettors, but too low to make things enticing for unsavory characters. “We wouldn’t even want to take a $10,000 bet on a tennis tournament with a $1,000 first prize,” said Mannino, who is in accord with the state’s limits.

The lower maximums also can pull in the reins in on any new compulsive gamblers with problems spurred by the COVID-19 pandemic. “Everyone’s stuck at home, and they have to make sure they don’t get a little stir-crazy,” Mannino said.