“My name is Bond. James Bond ”- Agent 007 says these words for the first time in the movie“ Doctor No ”while sitting at a casino table. It’s not a coincidence. Because mister Bond likes to gamble and is an unsurpassed champion in the game of high stakes.

The British Secret Intelligence Service (MI6) super spy is a handsome, intelligent and well-educated guy who knows pretty much everything. The tuxedo sits on him like a glove, he has impeccable manners, always orders the same at the bar: a martini vodka, shaken, not stirred. No wonder then that he is always a welcome guest at elegant casinos. At least until it turns out to be unbeatable, whether at the green table or at the roulette table.

Scenes where agent 007 plays the casino for big money appear in many movies. Already in the first of them (chronologically), that is, in “Doktor No” (1962), British actor Sean Connery, who portrays Bond, plays baccarat. 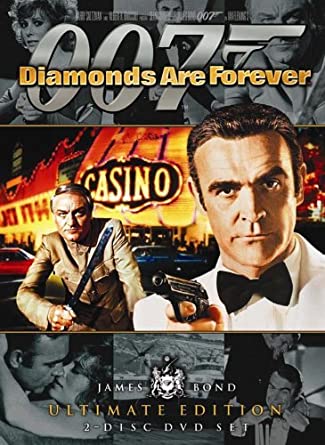 In turn, in the movie “Diamonds are Forever” (1971), part of the action takes place in Las Vegas, in the fictional Whyte House casino, owned by the loner millionaire Willard Whyte. Bond plays craps and roulette in this movie, where he persistently bets on black 17.

Why this number? Perhaps the scriptwriters remembered the adventure that Sean Connery, who was playing Bond, had 8 years earlier. Well, the rumor has it that one time in the Italian Casino de la Valle Connery made two consecutive bets for 17 – and lost. He bet a third time – and this time he won. He decided not to bet any more, but as he was leaving the table the ball landed on the black 17 again. Intrigued by this, he decided to continue the game and bet all the money he had on his favorite number. And the ball stopped at 17 for the third time in a row! The overjoyed actor won a considerable amount of 10,000 pounds.

It is not known whether such an event really took place or whether it was an anecdote released into the world as part of a movie advertisement. It is rather the latter, because it is difficult to believe that the same number would be scored three times in a row. Although who knows, everything is possible in this game…

In “The World Is Not Enough” (1999), James Bond ends up in Baku. There, the first steps he takes… to the casino. This time he doesn’t play, but watches closely as his friend Electra King, the owner of the oil fields, fights a card duel with the casino owner. The game is simple – the one who draws the higher card wins. And the stake in each hand is – a trifle! – million dollars. 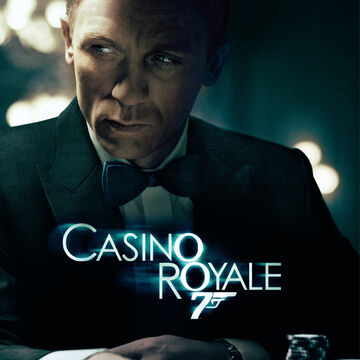 Commander-lieutenant (because agent 007 has this rank) experiences his most dramatic adventures in the film “Casino Royale” (2006). Daniel Craig plays Bond. The poker game of the century takes place in the title casino in Montenegro. Bond must defeat Le Chiffre, a terrorist banker who, after losing a huge sum of money, is now going to get a fortune at the green table. The other players in the game also want to make a fortune, but only Le Chiffre and Bond really count.
There is $ 100 million in the pot. During a break in the game, Bond is attacked behind the scenes by a hired thug, and then, at the table, Le Chiffre tries to poison him. Our hero will do well, of course, but the emotions are very high…

24 films were made about Bond. In seven of them, the role of the MI6 agent was played by Roger Moore, formerly known as the Saint. In addition, this character was played by George Lazenby, Timothy Dalton and Pierce Brosnan. Each of them had scenes in their films in which Bond held cards in his hand, or, having a pile of chips in front of him, followed the running roulette ball with his eyes.

Most Influential Women in Politics and Social Life in Modern Times

What do we know about Ancient gambling?