The ‘Africa Rising’ narrative has been quite controversial over the years. However, although the continent still has a mountain to climb, some sectors have made commendable growth, mobile money being one of them.

This narrative is pivotal, seeing that a study by the World Bank indicates that mobile money services positively impact poverty reduction. Poverty is not just about lack of money but also lack of access to formal financial systems. Even more interesting is how a report by Boston Consulting Group (BCG), an American research firm, found that Kenya and Ghana have the second and third highest mobile payment usage globally, after China.

BCG’s report also states that transactions via mobile wallets and phones were the equivalent of 87 per cent of GDP in Kenya and 82 per cent in Ghana. However, both countries spent years crossing several hurdles to become global fintech giants.

The World Bank and the International Finance Corporation rank Ghana as Africa’s fastest-growing mobile money market. But that wasn’t always the case. When the first Mobile Money service launched in Ghana in 2009, the market wasn’t ready for fully mobile financial services. Around 70 per cent of the population was unbanked, according to the World Bank, and only an estimated 35 per cent of the population owned a mobile phone.

By 2012, only about 350,000 Ghanaians were actively using mobile money accounts. (For context, Tanzania introduced mobile money only a year before Ghana and had about 8 million active accounts by the time Ghana reached 350,000.) In 2014, just 13 per cent of Ghanaian adults owned a mobile money account. This figure paled in comparison to countries like Kenya (58 per cent) and Tanzania (32 per cent), leading many to believe that Ghana would never catch up to its peers.

But industry leaders and policymakers realised that the Bank of Ghana’s 2008 Branchless Banking Guidelines were stifling the market despite its promise to boost financial inclusion. The policy restricted digital money issuance and agent recruitment to consortiums of at least three licensed banks. Elly Ohene-Adu, head of banking services and payment systems oversight at the Bank of Ghana from 2010 to 2016, said in a CGAP publication, “There were complaints; there were frictions in the marketplace.”

The Bank of Ghana solved this problem by releasing new agent and e-money guidelines that permitted Mobile Network Operators to own and operate mobile money networks under the central bank’s supervision.

“This was what the telcos were waiting for. So, they just spread their wings,” – Ohene-Adu said.

Telcos began to invest heavily in creating awareness, educating customers and recruiting agents and merchants. By 2015, MTN Mobile Money agent stalls alone outnumbered bank branches in the country by almost 20:1, according to the Bank of Ghana. 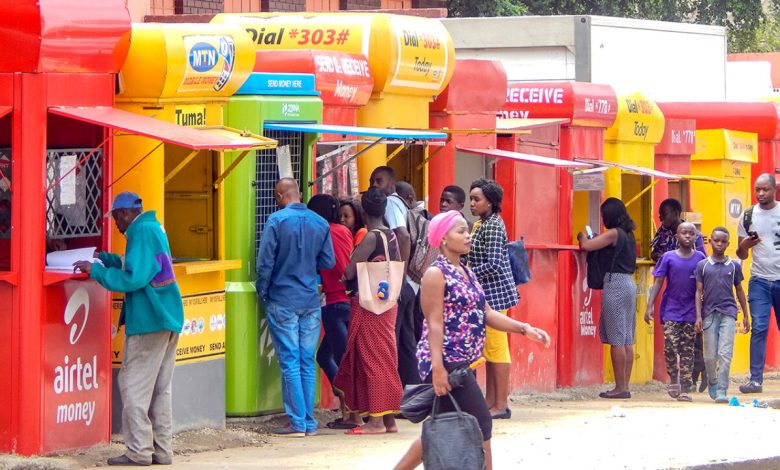 Kenya is Africa’s leading fintech market, thanks to a mobile money revolution set off by M-Pesa, the SIM-based mobile banking service launched by telco giant Safaricom in 2007.

Since its launch, M-Pesa has spread quickly and expanded to seven countries. As of June 2020, it had more than 30 million active users in Kenya out of a total population of 52 million, according to data from the Communications Authority of Kenya.

M-Pesa and the rise of mobile money have received credit for helping economic development and speeding up financial inclusion, which jumped from just 26 per cent in 2006 to 82.9 per cent – the highest rate in sub-Saharan Africa. The OECD even stated in 2015 that M-Pesa had “fundamentally altered the landscape of financial services” in the region. But M-Pesa’s success met resistance in its early days. Commercial banks were uncomfortable with the idea, seeing it as a threat to the industry. And they were right to be worried. M-Pesa was originally built to allow the seamless collection of payments on micro-loans. But they later discovered that customers were using the service to transfer money to one another.

M-Pesa attracted one million users in the first nine months and jumped to four million in 18 months. In 2009, the company introduced savings accounts and set up 14 million accounts within three months. By 2010 M-Pesa had hit 10m active users, and the number has been on the rise, reaching 66m mobile money accounts in January 2021. More than half of foreign remittances to Kenya in 2020 came through M-Pesa.

Data from the Kenya National Bureau of Statistics shows that Kenyans moved $50bn through their phones in 2020, driven by relief measures on mobile phone payments to help to curb the spread of Covid-19. The value of their transactions jumped 63 per cent in 2021.

The next frontier: Nigeria’s growing market

Mobile banking has swept the African market today. Already, 400 million consumers in sub-Saharan Africa use mobile payment banking systems to handle $300bn worth of mobile money transactions, generating $200bn of banking fees charged to customers. But Kenya and Ghana control much of these volumes. However, Nigeria shows promise in joining these two countries.

Nigeria is home to Africa’s largest fintech ecosystem and an estimated 200+ fintech standalone companies, according to research by McKinsey. These companies include some of Africa’s most valuable fintechs, including unicorns Flutterwave, OPay, and Interswitch.

In the same vein, Nigeria’s mobile money market is growing fast, as transactions grew by over 3000 per cent between Q1 2019 and Q1 2022, according to the Nigeria Interbank Settlement System (NIBSS).

Earlier this year, MTN and Airtel, the country’s largest telcos, received approval from the Central Bank of Nigeria to operate a payment service bank. And since then, many industry experts have been expecting these telcos to change the mobile money game in Nigeria, just as they did in Kenya and Ghana. Whether or not these telcos eventually sweep the market, mobile money is now better poised to expand in Nigeria.