A Kenyan report on possible constitutional changes in the nation has suggested that the private betting industry should be shut down, and replaced with a state-sponsored national lottery.

The Building Bridges Initiative (BBI) report, released to the public today (27 November) claimed that the private betting industry “is leading to hopelessness and greater poverty.”

Instead, the report said, it should be replaced with a government-run lottery that could generate funds for

“activities that uplift the youth, sports, culture and other social activities beneficial to citizens.”

Work on the report started on 9 March 2018, when President Uhuru Kenyatta and Raila Odinga – who finished as runner-up in the 2017 presidential election but contested the results in the Supreme Court – made a public declaration to cease all hostilities. As part of the declaration, the two politicians agreed to launch a study that would examine potential constitutional changes to improve the lives of Kenyan citizens. The BBI was established to carry out this study, and report on its results.

The BBI held participation forums across Kenya’s 47 counties to collect views on what should be included in the report, taking input from more than 7,000 Kenyans, including more than 400 current or former politicians and 123 individuals “representing major institutions.”

Changes to the Kenyan constitution can be passed via referendum or via parliament. While banning private betting companies is a change that could be made via Parliament, other recommendations in the report such as the reintroduction of the position of Prime Minister may require a referendum if they are determined to relate to matters such as “the national values and principles of governance,” or the functions of Parliament.

Dennis Onyango, communications director for Raila Odinga, said on Twitter today (27 November) that “there shall be a referendum” on the BBI recommendations.

Kenya had been in the process of overhauling its gambling laws, with the Gaming Bill 2019, designed to replace the 1966 Betting, Lotteries and Gaming Act, with the aim of updating the country’s regulations to reflect the prominence of online operators in the market. However, any constitutional change would take precedence over this bill if it comes into effect.

Many of the country’s private betting operators, including Sportpesa and Betin, have been embroiled in a long dispute with Kenyan authorities over taxes. 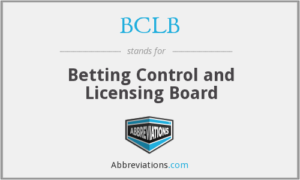 On 1 July, Kenya’s gambling regulator, the Betting Control and Licensing Board (BCLB), declined to renew the licence applications of SportPesa and 26 other companies over unpaid taxes, claiming that Kenya’s Gaming Bill states that the country’s 20% tax on winnings applies to both profit and to the bettor’s original stake. After the state ordered telecoms company Safaricom to block banking services to the 27 companies, preventing customers from depositing, SportPesa suspended all of its sport sponsorships in the country and threatened legal action.

In September, Kenya’s parliament voted to increase a different tax on betting stakes to 20% for the 2019-20 fiscal year, prompting SportPesa and Betin to close operations in Kenya, the former laying off 453 employees. Sportpesa declined to comment on the BBI report.

Earlier this month, the Kenyan Tax Appeals Tribunal ruled that the winnings tax does not refer to stakes, in a move Sportpesa chief executive Ronald Karauri called a “significant development for both SportPesa and the wider betting sector in Kenya.”