The gambling sector in East Africa is in a “total mess” following the collapse of global sport in the wake of the coronavirus pandemic, a Ugandan betting company has said.

Betting markets have dramatically shrunk in light of the suspension of the world’s leading football leagues, which has left little for people to gamble on. But in east Africa, the market has been particularly hard-hit because few in the region bet online.

“In terms of sales, we’ve lost about 99% because most of our people are not too much into online betting. We don’t have too many (online gamblers) in Kenya or Tanzania, where we are more into betting houses.”

Many betting shops in the region were closed earlier this month because of the coronavirus outbreak, which is increasing across the region.

As a result, an industry whose annual turnover is worth at least $20m in Kenya, $12m in Uganda and approaching $10m in Tanzania has been decimated.

“Maybe only 30% do online betting and most are middle income earners who would usually be interested with the giant football leagues, like France and Germany, which were put on hold, so it’s a total mess,” – Kalinzi added. 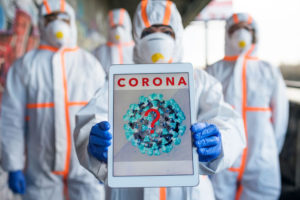 A vast number of leagues, across a raft of sports, have been suspended in the last month as the coronavirus pandemic has swept across the globe.

It is part of a wider malaise across the industry in light of an outbreak which has decimated global sport.

One leading European betting group estimated last week that its revenue would reduce by at least $100m if restrictions hindering sport were kept in place until the end of August and other key events – such as the 2020 European Championships – were postponed, as has now happened.

This figure could rise significantly given that horse racing in the United Kingdom, which provides a major market, has also been cancelled.

“The challenge facing our business and the industry more widely is unprecedented in modern times. Our focus, first and foremost, is on protecting the welfare of our employees and our customers and we will leave nothing to chance in this regard.”

“Our focus, first and foremost, is on protecting the welfare of our employees and our customers and we will leave nothing to chance in this regard.”

BBC Sport Africa reached out to several bookmakers in east Africa for comment but all refused to do so.
‘I am saving money’. Meanwhile, some gamblers see the enforced break not so much as an opportunity missed to make money but a chance to save some.

“It has helped me save a bit more because the money you’d have lost remains with you,” said Meshack, a cyber cafe owner based in western Kenya.

“I bet on English Premier League, Turkish league, Bundesliga, La liga, all the major ones and even the Brazil and Chilean leagues, basketball and ice hockey,” he added.

Nonetheless, the extra money in the pocket – worth anywhere between $10-30 each day for Meshack, he says – is seemingly not worth as much as the prospect of a different life should his gambling dream become reality.

“For us youth – and the majority of Kenyans – there are no jobs so you place your hope [in betting] that you could win a jackpot and uplift your life. That hope is shattered for now.

“Definitely with no sporting action, it’s boring that there’s no betting.”

Ted is another who agrees that the lack of betting markets is helping his own finances.

“I am definitely saving some money – because there’s no live sport – so I can keep that money,” the Kenyan told BBC Sport Africa.

Since the cancellation of sport, several gambling firms have taken to listing and showing e-sports, whereby computer users compete against one another in the sport of their choice.

The GAL website currently lists markets in football as well as horse and dog racing. While this may draw some in, others are wary of venturing into a market they know little about.

“I am not into virtual sports betting as it is risky for my money – I tried it once but not again,” said Nairobi-based Ted.

“In E-sports, you watch two people playing and you bet on one guy [to win] but it’s risky because these are people I don’t know, unlike actual players, so I am not that much of a fan.” 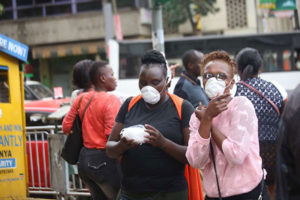 The last few months have not been easy for sports betting firms in Kenya, after the government raised taxes on stakes six months ago.

This came amid worries about the effects of gambling in the African nation and followed a decision in May 2019 to introduce new gambling regulations, including a ban on advertising outdoors and on social media.

In September, Kenya’s Parliament voted to raise the excise duty on bets, from 10% to 20%, which prompted a leading firm, SportPesa, to stop its operations until a “non-hostile regulatory environment” returned.

The firm deactivated its website, saying that the new tax came on top of an existing 20% tax on individual gamblers’ winnings and that government tax revenue would decline as a result.