“Besides being foreigners, the accused have committed serious offences, and a deterrent sentence is required,”  – reads an excerpt from the magistrate’s ruling. 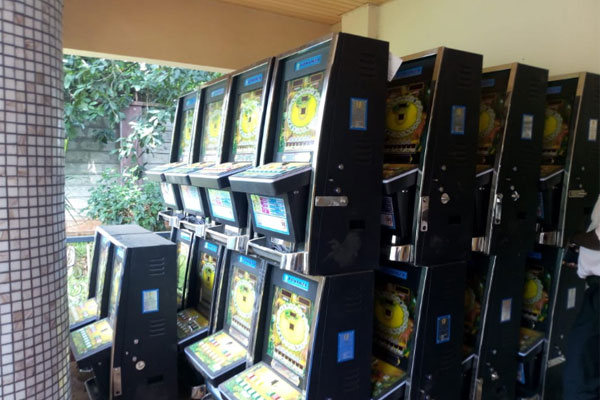 The five admitted that they were found in possession of 169 illegal gambling machines worth Sh4,225,000 and 2,300 pieces of Sh20 coins at Blankets in Section 58 within Nakuru County on December 24, 2019. Further, they admitted to operating the gambling machines without a license.

The five also admitted to giving false information to police after three of them – Rong, Juanfang and Pobing – were arrested by police at the Jomo Kenyatta International Airport (JKIA) on February 20, as they tried to flee the country.

They also pleaded guilty to failing to comply with conditions of their tourist visa by conducting gambling business contrary to the their tourism visa requirement. They allegedly lied to police officers at the Parklands police station that they had lost their passports. They had earlier denied all the charges but pleaded guilty on Wednesday.

“The accused persons are hereby fined Sh200,000 each, for giving false information to police, failure to which they will serve a 12-month jail term,” Mararo ruled.

He then explained that the five would be deported to their home country after paying the fine or completing their sentences. The magistrate also fined the accused persons Sh746,507 or three years in jail, for being found in possession of illegal machines. The fine will be split among the five. For operating the gambling machines without a licence, the five were fined Sh100,000 each or in default serve 12 months in prison.

The court further ordered the destruction of the impounded gambling machines which are currently in possession of the police.