Few people ever win a jackpot. The majority lose what they have staked, while most earn peanuts. But it is a game of luck, easy to access and a chance for income many people don’t get elsewhere. Hence its popularity in Kenya.

According to Geopoll, a mobile-based research organisation, Kenya is among countries in Africa with the highest number of youth engaged in gambling. It ranks high alongside Nigeria and South Africa. Sports betting has also turned into one of the most celebrated modes of gambling on the continent. A survey the institution conducted in April shows that the trend is growing. 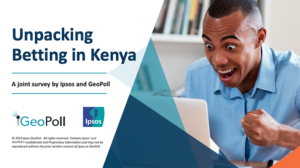 Geopoll said gaming had gained popularity not only in Kenya but across the world. It estimated that by 2022, the industry will be boasting of circulating revenue amounting to approximately Sh63.5 trillion, an amount that is more than 10 times Kenya’s annual budget. “In sub-Saharan Africa, gambling has become a multi-billion dollar business,” Geopoll said in an online article published on September 28.

The organisation’s survey is reinforced by a 2017 report by PWC, which said Kenya was positioned high in the gambling industry due to its active young population that is largely sports-passionate.

“Across the age groups, it is notable that about half of low-income gambling consumers are 18-25 years. It is likely that the youth are most involved, given the high affinity to sports and unemployment rates,” – PWC said.

Besides joblessness, among the things perpetuating gambling, according to another 2017 survey conducted by Geopoll, is the increasing penetration of information technology, aided by mobile phones. Geopoll said with mobile devices that have access to the Internet, gamers do not necessarily need desktop computers to gamble, giving them ample time to bet even during their leisure time at the comfort of their homes.

Data from the Communications Authority of Kenya released in December last year showed that the country’s mobile penetration had hit the 100 per cent mark for the first time following a rise in active customer subscription, which stood at 46.6 million.

Most of these mobile device users are youth. Before the government declined to renew betting company licences on July 1, there were over 30 gambling firms operating in Kenya, and the number may soon hit the same level as new entrants position themselves to storm the lucrative market. 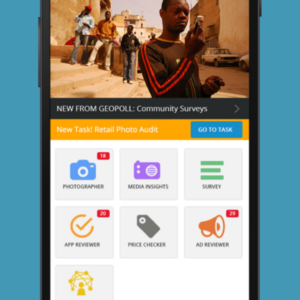 Geopoll also said in its surveys that Nairobi leads in gambling in Kenya. This is primarily supported by the nature of the city’s population, most of which is tech-savvy. It said the city’s population is comprised of a well-informed and up-to-date group that uses every available means to make money.

In Kenya alone, sports betting is projected to control over Sh50 billion by 2020 as the industry grows because of the skyrocketing demand for gambling. Before the government cracked the whip on betting firms, SportPesa, which was the most popular sports betting platform, controlled 82 per cent of the market share followed by Betin (40 per cent), Elitebet (22 per cent) and Betika (12 per cent). Mcheza and BetPawa controlled 12 per cent and 10 per cent respectively.

Some seven million Kenyans are unemployed, according to the Kenya National Bureau of Statistics. Out of this, 1.4 million have been looking for jobs but to no avail, and this perhaps explains why most of the low-income gamers are not in employment.

Two years ago, data from KNBS showed that nine out of every 10 unemployed Kenyans is below the age of 35 years, the age bracket that constitutes the most active, optimistic and wealth-hungry people.