Sports betting stakes were taxed at 20% after being introduced in the 2019/2020 budget, a decision that disrupted the market. Following the tax’s introduction, both Betin and SportPesa chose to withdraw their services from the East African country.

Kenya’s National Assembly approved on Tuesday Finance Bill 2020, which repeals a controversial sports betting turnover tax. President Uhuru Kenyatta will now receive the bill and decide on whether or not he wishes to pass it into law. Sports betting stakes were taxed at 20% after being introduced in the 2019/2020 budget, a decision that disrupted the market.

Following the tax’s introduction, both Betin and SportPesa chose to withdraw their services from the East African country. An entity in Kenya named Shade.co.ke proposed the removal of the sports betting turnover tax. They believe that its introduction has led to operators making cuts, including in local sports club sponsorships.

“The reason behind [removing the tax] was that the high level of taxation had led to punters placing bets on foreign platforms that were not subject to tax and thereby denying the government revenue.”

They also explained that getting rid of the tax would “reverse the negative effects” it has had on the country’s sports betting industry. Finance Committee Chair Joseph Kirui Limo said that

“this is going to enhance revenue, because currently, revenue is going down”. 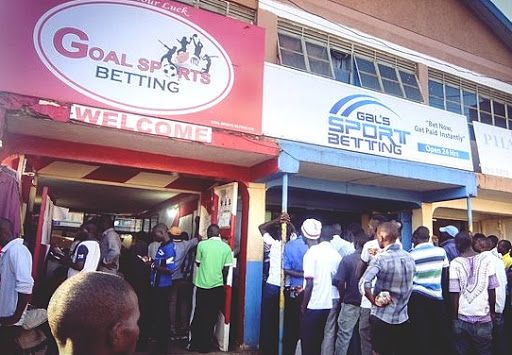 Shade also proposed lowering a 20% tax rate on player winnings to 10%, but this was rejected.

Despite the National Assembly approving the removal of sports betting turnover tax in Kenya, it’s by no means a given that they’ll get their wishes. Kenyatta has been a vocal opposer of sports betting in the past, calling for others to help him remove it from the country.

Last August, the President urged Kenyan lawmakers to implement a complete ban on gambling-related activities. Operators were also warned to pay in full any taxes that they were deemed to have owed the country’s authorities.

According to the local media, Kenyatta said the below.

“We have this thing called gambling and it’s so bad, I alone can’t finish it – go change the constitution.”

Figures in the country have also considered introducing restrictions to gambling-related ads in recent years. Last November, a report published by the Building Bridges Initiative (BBI) called for the closure of the private betting sector. They believe that the industry is “leading to hopelessness and greater poverty”. In its place, they proposed that a state lottery was introduced.