Kenya, the country that was once the emerging gambling markets, which is described by industry stakeholders, industry experts, media outlets as one the fastest growing sports betting business in Africa, particularly football betting takes the center stage in these country, and while it has the third total gambling revenue in Africa behind South Africa and Nigeria according to statistics report pricewatercoopers (PWC) 2018.

In addition Kenya was described to have the highest numbers of mobile betting players in sub-Saharan Africa as well as having 83 percent of the people bets on football, whilst, on the average the amount spend on bets is $50 a month compare to other punters in other sub-Saharan Africa countries, according to statistics report Geopoll. Further in 2018 top on the Google search lists the reports shows massive 11 of the top Google search queries were directly related to betting sites, while it found out that other African countries frequency search for betting was once a month, but in Kenya once a week, nothing occupies the Kenyans mind other than gambling according to statistics repots by Hootsuite and we are social.

How did it go wrong?

The dispute centers on whether or not the Betting Control Licensing Board (BCLB) licensed sites are withholding 20% of punters winnings as was required under the law. In 2016, the Kenya government scrapped its 20% tax collection on winnings due to difficulties in its implementation. But the government reinstituted the tax in 2018 to make up the shortfall incurred after cutting the tax rate on gambling licenses revenue from 35% to 15%. In March 2019, the Kenya Revenue Authority announced that it wanted to hike betting operators’ taxes by another 10%, then hit local operator SportPesa with a $103m back-tax bill to cover 20% tax on gambling winnings that was required to withhold from it customers over a two-year period according to KRA, and then declared that operators whose taxes weren’t paid in full would have their licenses revoked from July1 2019, after first dramatically hiking and then cutting operators taxes in less than nine months.

The following week, the KRA sent SportPesa parent company Pevans East Africa LTD a revised bill $147.4m, which includes interest on the unpaid taxes as well as Ksh2b in penalties for failure to remit the required sum in timely manner. The KRA has reportedly given SportPesa 14 days in which to comply or face further financial penalties, while the government claims gambling operators owe a total of Ksh 26b ($ 257m) fact disputed by SportPesa and Betin, who reportedly owe the bulk of outstanding sum. In May 2019, Kenya unveiled its new Gaming Bill 2019, which includes increased regulatory fees, minimum bet limits and local ownership requirements. 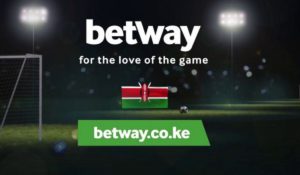 On Monday July 1, Kenyan media reported that the country’s Betting Control and Licensing Board had postponed renewing the operational licenses of 13 casinos, six lotteries and eight sports betting firms. The BCLB also declined to renew the licenses of 19 betting operators pending security betting of their operations and ownership. The government has reportedly written to telecos, including Safaricom, the country leading mobile payments provider, with a list of operators that have not had their licences removed, requiring cutting off those whose licenses banned contains 27 companies, including the three leading operators SportPesa, Betin, Betway.

In October, the government imposed a new 20% excise tax on all betting stakes which permanently forced out erstwhile poster child SportPesa and Betin out of the country, the two companies reportedly sacked over 450 workers as well as pulling out from their sponsorship deal with Kenya premier league respectively. However, after a tumultuous 2019, the Kenya government has published fresh rules restricting advertisement hours by betting firms in a signal of yet another tough ride for sector players.

After a mid-month victory for betting operators in the court of law, with the overturning of a 20 percent tax stakes on all betting, though, a new threat is on the horizon to the Kenyans gambling industry with the president proposal on constitutional ban on the private betting industry to be replaced with state owned lottery operator, which was released to the public on 27 November, the Building Bridges Initiative (BBI) was mandated to carry out these reform through referendum process with the Kenyan parliament. Though, as things stands major stakeholders are all awe on what come next.
Finally, the Kenyan betting sector was once the hot-bird has fallen from a darling of emerging market growth and remote dynamism to dysfunctional mess in a little over two years.