Kenyan president Uhuru Kenyatta has called upon the country’s lawmakers to pass a total ban on gambling in the country, also warning that he expected bookmakers to pay in full any taxes considered to be owed to the authorities.

Speaking at the 60th anniversary of the Christ is the Answer Ministries (CITAM) Church in Karen, Nairobi, Kenyatta urged lawmakers to pass a constitutional amendment to ban gambling in the country.

“We have this thing called gambling and it’s so bad, I alone can’t finish it – go change the constitution,” 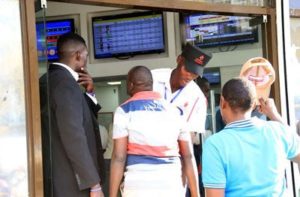 Kenyatta also encouraged MPs to “introduce and ensure that tougher laws are passed in Parliament”. The Kenyan authorities have been embroiled in a long dispute with operators, with much of the disagreement coming over enforcement of a 20% tax on gambling winnings. The Kenyan regulator claims that this tax is levied on both the payout and the player’s original stake, while operators have argued that the tax is only on the payout. The Betting Control and Licensing Board (BCLB) claimed it is owed a total of KES60.56bn (£483.7m/$586.4m/€528.1m) in unpaid taxes by 27 companies.

Kenyatta invoked the Bible to argue that operators must pay the full amount the authorities claim is owed and again calling for legislators to support him.

“So long as they are operating within Kenya, and are guided by the laws of the land, they should give Caesar what belongs to Caesar. [MPs] should help me do it.” 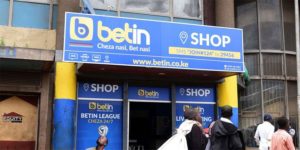 Earlier this month, Kenya’s largest gambling operator, SportPesa, called the authorities’ interpretation of the regulations, “the result of a deliberate politicisation of tax figures, supporting the Kenyan government’s own political agenda.”

As a result of the tax dispute, SportPesa has had its application to renew its operating licence rejected. Following a call from the Kenyan authorities, mobile payment provider M-Pesa has also stopped processing transactions to gambling operators, preventing customers from making deposits.

This has led to SportPesa cancelling all of its sports sponsorships in Kenya including that of the Kenyan Premier League. However, in his speech, Kenyatta was critical of these sponsorship deals, claiming that only a few people benefit.

“There is no reason for a few individuals to benefit from gaming companies who are claiming to sponsor athletes and sportsmen, why should it go to the pockets of five people?”

SportPesa has taken legal action against the Kenyan government, claiming it received a High Court order that made the government’s decision to block payment services illegal. A decision is expected on 19 September.