Sports betting firm SportPesa has ruled out full sponsorship to local clubs just days after it reached a truce with taxman to resume operations once cleared by the Betting Control and Licensing Board (BCLB).

In an interview with the Business Daily Friday, SportPesa chief executive Ronald Karauri said the firm would only support a few football clubs on need basis once it resumes operations.

The firm has been a direct sponsor of the Kenyan Premier League (KPL) and two clubs that participate in the top-tier — AFC Leopards and Gor Mahia. It spends Sh96 million directly on KPL, Sh55 million on AFC and Sh65 million on Gor Mahia.

Together with its rival Betin Kenya, they were among 27 firms whose betting licences were not renewed to await the outcome of an inquiry on suitability to operate.

It has since been cleared by the Kenya Revenue Authority, setting stage for its return to operations after a two-month absence. The next phase of sponsorship will, however, be uncertain. 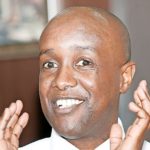 “Sportpesa will not support all footballs clubs in the country. We will see which ones to support,” – said Mr Karauri.

KRA in June demanded Sh8.59 billion from Safaricom as withholding tax arrears due from SportPesa and Betin Kenya, in a crackdown of the Sh200 billion sector.

KRA was demanding that Safaricom pays Sh5.29 billion withholding tax arrears due from Gamcode Limited, trading as Betin, and a further Sh3.29 billion due from Pevans East Africa, which trades as SportPesa.

On Friday, Mr Karauri said that all pending issues had been settled and a deal reached which should see the firm get back to business as soon as BCLB clears it.

“We have held talks with KRA and they have allowed us to get back to business,” – said Mr Karauri.