While Kenya’s authorities and betting firms are arguing over the interpretation of winnings, some of the country’s lawmakers have taken the side of Kenyan betting firms.

Kenyan legislators gave a press conference on Tuesday, August 20 in support of sports betting firms which have been obliged to pay back taxes by the government. A group of 12 members of the National Assembly and Senate made a joint statement calling on the government to reconsider its stance and re-introduce gaming licenses to all companies that were suspended on July 1, amid one of the largest crackdowns on the industry to date in the country. 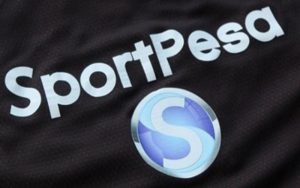 Apart from hitting at the licenses, government authorities also suspended payment processors, squeezing companies and insisting that the required back taxes are paid. Most famously, SportPesa, one of the largest betting firms with extensive investment in Kenya, has been hit.

Government officials have said that a number of companies, including Betin and the aforementioned SportPesa, owed the country’s tax authorities hundreds of millions of dollars in taxes. Responding to those accusations, the majority of operators took legal steps and challenged the Kenyan government in court, seeking reinstatement of their licenses as well as allowing payment processors to once again start accepting and carrying out transactions lodged to and from the companies.

Kenya’s economy is not entirely dependent on the betting industry, but according to Senator Cleophas Malala,the country is presently losing as much as $9.7 million per month because of the impasse. No court decision seems to be in sight any time soon, which means that the situation would continue with neither party willing to budge. 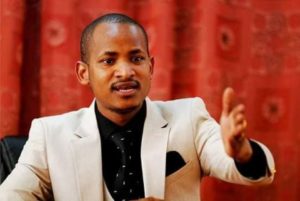 Meanwhile, MP Babu Owino and MP Samuel Atandi both urged for an immediate resolution of the problem. Responding to the government, SportPesa decided to suspend its partnerships with Gor Mahia and AFC Leopards, two soccer clubs in the country. Mr. Owino and Mr. Atandi used the occasion on Tuesday to appeal to the soccer players and ask them to protest against the government as well.

The crux of the problem seems to be the inability of SportPesa and the government to agree what the taxable income is. Based on the Kenyan Revenue Authority’s (KRA) interpretation, winnings’ definition was changed in 2018 to include the bet wagered and returned to the customer and any associated winnings. Yet, Senator Malala remonstrated in his most recent appearance that this tax law effectively levied capital and not income – which is not what the original agreement stated, plus it made it tough on any business to operate.

Meanwhile, the Association of Gaming Operators Kenya (AGOK) has begun a campaign attempting to explain the stance of the government and why it would ultimately undermine the industry. Based on AGOK’s explanation, customers weren’t entirely certain why betting firms resisted the government’s urge to pay more taxes, which immediately reflected poorly on their reputation. AGOK then went on to explain the financial downsides on enforcing the 2018 KRA ruling.