The Gaming Bill, 2019 proposes creation of the Gaming Appeals Tribunal. It provides for appellate jurisdiction for persons or betting companies dissatisfied with a decision of the Betting Control and Licensing Board.

“An appeal to the Tribunal shall operate as a stay of the decision of the Board until the appeal is heard and determined,”

The tribunal shall consist of a chairperson and four members appointed by the Judicial Service Commission. Upon appeal, the tribunal may confirm, set aside or vary the decision or an act in question and may make such other order as it considers appropriate.

This could include an order with respect to the payment of costs, which the board and the director of the Gaming Authority – to be established if the bill is enactedhave to comply with. Members of the Committee on Sports, Tourism, and Culture are split on whether to retain the clauses establishing the entity in the new bill or not. 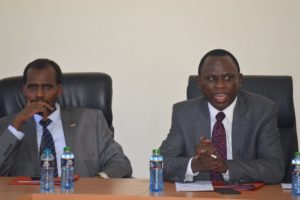 Whereas chairman Victor Munyaka (Machakos Town) has expressed support for the creation of the judicial body, Webuye West MP Dan Wanyama has a contrary view.

The lawmaker holds that the tribunal will be an impediment to the board’s authority on regulation.

“The tribunal risks being turned into a cartel of people evading justice. When alowed, the industry players will use it to delay cases,”

He added that industry players risk running the tribunal by compromising the members as there is no timeline for dispensing cases before the team.

Wanyama says that to empower BLCB, the bill should create a law which will deter anyone seeking to delay justice in the face of an appeal against the board’s directive. “Let the cases be handled at the High Court and appeals to follow the other normal judicial causes that terminate at the Supreme Court,” the MP said.
But Munyaka said it would be best to retain dispute resolution as cases are likely to take longer in conventional courts.

“We are assured of quicker resolution at the tribunal. Furthermore, it will be under the Judiciary hence it shall operate within the confines of the law regulating the institution,”

– the Machakos Town MP said.
He was backed by a Communicafrom tions Authority official who said that tribunals have proven to be effective over the years.

“We don’t know the board’s fears. They stand to gain more by having matters arising from their directives handled at the tribunal. They will be much better there,” 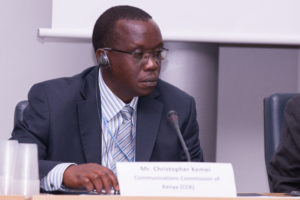 The matter arose during deliberations on the Gaming Bill, 2019, which is now subject to public participation before it is read a second time in the National Assembly. The proposed law imposes punitive measures aimed at discouraging Kenyans from gambling and the media from cashing in. The bill stipulates that betting firms operating online games will pay Sh100 million in licence fees and Sh200 million gaming securities renewed every three years.