Leading Kenyan football clubs Gor Mahia FC and AFC Leopards have spoken out against the proposed reintroduction of a 20% excise tax on betting stakes.

The excise tax has been a major source of controversy in Kenya. When it was raised from 10% to 20%, in September 2019 the country’s largest operator SportsPesa left the market for over a year. Sportpesa had previously sponsored Gor Mahia and AFC Leopards, but ended those deals following a dispute over a different 20% tax that the regulator argued included betting stakes. This was eventually resolved by a court ruling.

The excise tax, meanwhile, was ultimately removed last year in the country’s budget, which proved a key step in allowing Sportpesa to return to the market. 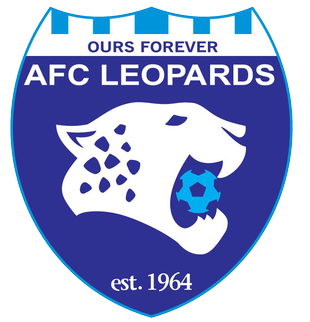 However, the tax was reintroduced into the country’s Finance Bill by the Kenyan Treasury last month. Parliament is set to consider the bill, including the tax, this month.
In a joint statement from Gor Mahia chairman Ambrose Rachier and Leopards’ chairman Dan Shikanda, the dependence that Kenyan sport – particularly football – has on sponsorships from betting companies was highlighted.

Both teams signed sponsorship deals with Bettson brand Betsafe in 2020, and their statement points out that betting sponsorships have contributed up to Kes1.6bn to clubs between 2016-2020, helping to grow the stature of Kenyan football.

“The enactment of the 20% excise tax will unequivocally rule out continued sponsorship of football clubs across all tiers, with the net effect of rendering the operations of most of the league teams unsustainable. As you may be aware, our clubs have been facing extremely challenging financial times and with this tax, which will render our primary sponsors unable to continue with their partnerships, it will certainly be an own goal on Kenyan football as it would disrupt if not enforce the suspension of the second half of the season.”

“We as representatives of the top tier football clubs in Kenya and by extension the sports fraternity feel that this tax proposal is ill-timed, and make a strong appeal to the government and members of parliament to make special considerations on this exigent matter, and give the sports clubs a fighting chance during these difficult times.”