Kenya will extend various relief measures on mobile phone payments that were introduced to help to curb the spread of the new coronavirus by a further six months, the central bank said on Wednesday.

The East African country introduced the measures to encourage cashless payments on mobile phones because the government said avoiding the use of cash could help contain the spread of the virus.

They included doubling of the daily transaction limits to 300,000 shillings in mid-March after the first case of COVID-19 was reported.

The measures, which were introduced for an initial period of three months, have been renewed until the end of the year. This will include the removal of charges on small transactions.

Telecoms operator Safaricom, which dominates mobile payments with its M-Pesa platform, predicted a 7% hit to its annual revenue in the initial three month period as a result of the removal of all charges on small peer-to-peer transfers. 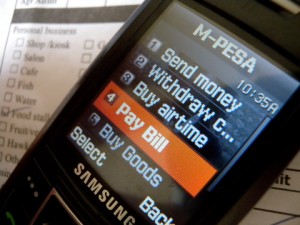 Safaricom’s M-Pesa mobile money platform has more than 20 million active users in a population of 47 million. Under the initiative, other financial payments services companies and commercial banks also removed charges for customers who move money between their mobile wallets and bank accounts. Mobile financial services users are also able to hold more money in their wallets and the total monthly limit for transactions was also removed. The various limits were originally introduced to stem cases of money laundering and the central bank has said it has increased its surveillance after their removal to ensure compliance.

Kenya has so far reported just over 5,000 cases of the COVID-19 disease.