A fresh war is brewing between the Kenya Revenue Authority (KRA) and betting firms over failure to deduct taxes as “agreed.”

The taxman is now threatening to suspend Paybill numbers for the said betting firms in what is likely to be another renewed fight against the gaming sector in Kenya.

In 2019, the fight between KRA and betting firms was chaotic, noisy and had casualties leading to giants such as SportPesa and Betin closing their businesses in Kenya. 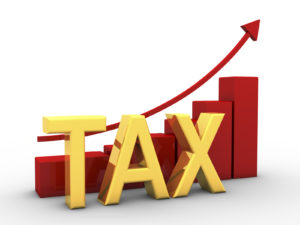 KRA is accusing the betting firms of failing to deduct 20 percent from stakes-placed by gamers despite a running court battle. The court had suspended the implementation of the tax directive, a win for betting firms that KRA wants to hear none of it.

In a public notice published on Tuesday, KRA says that it would suspect operations of non-compliant managers for failing to deduct and remit the taxes.

“We will suspend the Paybill numbers and online operations for non-compliant bookmakers,” – said KRA.

The Kenya Revenue Authority imposed 20 percent of Withholding Tax on all winnings (including stakes-placed) for all compliant betting firms in July 2019.

The betting firms are also expected to pay 15 percent betting tax and 30 percent Corporation tax in a move that has been seen by investors as aimed at driving them out of business.

Since the leaving of SportPesa, the economy, as well as the sports sector in the country, felt the heat. Teams such as Gor Mahia FC and AFC Leopards resorted to holding harambes after SportPesa left.

Kenyan international boxer, Fatima Zarika had to hang her gloves and retired from her career after the government abandoned her immediately her sponsor, SportPesa left.

The government, through the Ministry of Interior, has been blaming gambling for “increased depression and poverty levels” among Kenyan youth.

Will some more giants fall into the seemingly renewed war?

Entain Forays into Zambia with Bwin