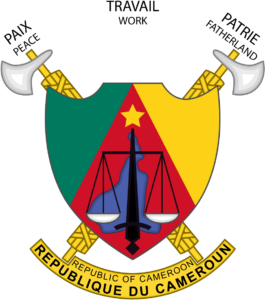 Gambling is legal in Cameroon, though online gambling is not specifically regulated. For a long time, from 1989 to be more precise, government officials have been practicing the Finance Law in order to regulate the land-based gambling industry in the country. However, with the many novelties and inventions in terms of technology, gaming formats, economic sustainability and other key aspects, a need had risen for new, up-to-date regulations. Thus, in 2015, the Prime Minister of Cameroon appointed the Ministry of Territorial Administration and Decentralization (MINATD) to come up with a new set of laws. Based upon an extensive and exhaustive analysis, the Ministry came up with a range of statistic data and possible solutions. In this regard, it should also be noted that betting shops had extended their range of service offering by that time. In 1994, horse race bets were also introduced as an accepted practice, taken by the newly established Pari Mutuel Urbain Camerounais (PMUC) which quickly grew into the largest betting operator in the country.

The final change in legislation is just as well in regard to land-based gambling – the 2015 Games of Chance Law No. 2015/012. It introduced a tax increase up to 25% of gross wins for all gambling forms, with the exception of gaming machines. These establishments are subject to an alternative, fixed fee rate ranging from CAF20k to CAF100k annually, per machine. This way, the size of the business practically determines the tax charges.

With so many laws and novel regulations about the existing land-based gambling industry, it may come surprising that they are yet to introduce proper regulations for online gambling. While the practice is neither prohibited nor allowed, foreign operators are making use of the opportunity to both their and the player pool’s mutual benefit.

Land-based gambling establishments in Cameroon are completely licensed and legal to operate, with most of them focused in and around the cities of Yaoundé and Douala. Nevertheless, the same cannot be said of the online gambling industry, as all these operators are based and licensed at offshore jurisdictions. Efforts are being made to remedy the situation, although there are still no drafting procedures for the actual regulations. During 2018, the issue with unlicensed operators catering to the Cameroon player pool actively covered online services, as well as land-based gaming machine halls. Measures and legal reactions are underway, which indicates that they only want strong, reputable brands operating in their country. All this leads to the assumption that such tendencies could drastically affect the licensing process if they were to introduce legislation at some point in the future.

For the time being, even though it’s not regulated, there are no laws against gambling online in Cameroon. With that having been said, players from this country should be sure to play with sites that have a good reputation to minimize their exposure to unnecessary risk. Once the proper legislation is in place, legal online gambling would be able to flourish even more under these circumstances.

Addiction to gambling was also addressed in the presentation of the proposal. Despite these difficulties, the Cameroonian government realizes the potential in the gambling sector, and seeks not to just outright ban, but to legalize and regulate games of chance.