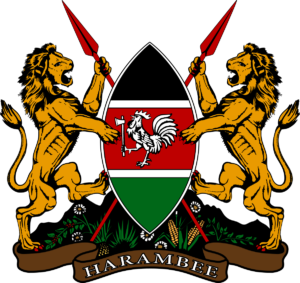 The Eastern African nation of Kenya lies on the equator and is home to 45 million residents. It has the most advanced economy of any eastern or central African country.

Gaming in Kenya has been legal since 1966 and it has really taken off in recent years. Revenues are climbing with the many land-based establishments booming. Of note, the sports betting sector has seen incredible growth. The minimum gambling age in Kenya is 18.

Before a company starts proper operations in Kenya, the following must be paid;

The board also does some investigations to determine the suitability of applicants and premises. They would also need recommendations from the local Authority before any payments are done.

In 2017 a report showed that Kenya had the third largest gaming market in Africa after Nigeria and South Africa. Although gaming has been around in Kenya for some time, its breakthrough was after the integration of mobile money and gaming companies. The relationship between mobile money and gaming companies is enhanced due to the ease of access to mobile money. This makes it easy for everyone to access gaming sites no matter where they might be which has been a large influence especially in sports betting.

A study in 2017 also revealed that most of sports bets are placed using a website on more than once per week. It revealed that an estimated figure of two million individuals engage in mobile based gaming.

Gaming is considered very profitable in Kenya and this is seen with SportPesa. SportPesa is a betting company which opened in 2013 and it managed to accumulate revenue enough to fund major leagues in Kenya before breaking into international arenas.

According to Kenya National Bureau of Statistics, below are the statistics of the most six popular gaming companies and the percentage of people subscribing onto them.

Much as Gaming is profitable in Kenya, the gaming companies are also facing challenges after a study showed that its mostly young and unemployed people with at least 76 percent of them engaging in gaming. After these accusations, SportPesa came out with statistics of who their customers are and their statistics showed and it mostly the employed youth who engage in these activities. SportPesa also released a report showing how they have given back to the community through football, rugby, boxing, among others. It released this report in July 2019 after its license wasn’t renewed on grounds of tax evasion. However, they are soon operating again since they were cleared by Kenya Revenue Authority early this month September.

The government of Kenya has declared war on betting companies due to its adverse effects on the youth and high spending by patrons. Kenya’s order comes months after the President of Uganda banned gaming companies in the country citing the bad effect gaming is having on the youth. Kenya’s betting control board has dealt a blow to the flourishing gambling business with a raft of new measures it says are meant to protect the public from addiction.

In a directive issued on April 30, the board banned many forms of advertising that have been helping gaming firms woo clients. They include outdoor and social media adverts, TV ads from 6am to 10pm, and endorsement of gaming and their firms by celebrities.

It has further been decided that any form of advertisement of gambling must be approved and such an advertisement must contain a warning message about the consequences of gambling including its addictiveness, said Liti Wambua, Betting Board’s acting director.