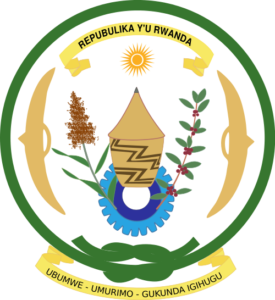 Rwanda wasn’t active in gaming until November 2008 when Casino Kigali opened its doors to become the first casino in Rwanda. It was managed and operated by Solna Leisure Holdings Ltd, an international management and consulting company. Solna Leisure has been active in the gaming business for over 20 years and has managed casinos in many parts of the world. In 2008 after the gaming activities were introduced, they were not taxed directly by the Rwanda Revenue Authority (RRA), but were required to pay Value Added Tax. In 2012, gaming in Rwanda was legalized by putting in place law imposing taxes on them under the Regulatory Law No 58/2011 of 26/03/2012. The regulatory laws provide the licensing requirements lists, the integrity of the gaming sector, the protection of consumers, young and vulnerable people.

In March 2013, Rwanda opened a gaming board know as Rwanda Gaming Corporation to begin the regulation of gaming in the country. A special gaming tax of 13% was introduced for gaming operators as well as telecom firms of their earnings from gaming and promotions.

Although the industry is relatively young, it is rapidly growing and gaining popularity among the youth with sports betting being the most popular. With the upsurge of betting companies and slot machines, the gaming trend among the youth could apparently be an issue of concern. The director of career guidance and counselling unit at Rwanda Education Board, Ngoga Eugène Fixer says slot machines and gambling are a distraction to students. He compared such scenarios to be as destructive as having a pub near a school. He admits that as per now, there are neither overall assessment nor running counter-measures as they are still in the planning phase of addressing this issue.

One slot machine operator based in Kimironko, spoke on grounds of anonymity and he said slot machine owners should take responsibility and not allow young children indulge in these activities. He said they don’t let children play. He also said at times, they identify school children by their uniforms but also when a client comes and they suspect them to be under the age of eighteen, they ask them for an ID card. He advised all the other slot machines operators to take caution.