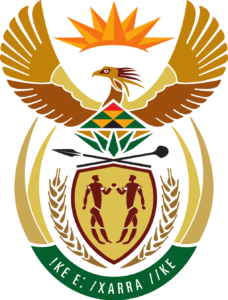 Gaming in SA is regulated by the National Gambling Board. The National Gambling Board is responsible for the oversight of the regulation in the gambling industry throughout the country and to preserve the integrity of South Africa as a responsible global country. The NGB’s strategic intent is to sustain and grow its regulatory capability to position South Africa as the pre-eminent jurisdiction with an exemplary and effectively regulated gambling industry.

The services and products of the NGB are stated in the Act as follows:

Video gaming in South Africa tops R1.7 billion and according to a report by Serious About Games (SAG) South Africa’s game development industry increased its revenue from R. 29.7 million in 2014 to R.100 million in 2016.

p>Data from the National Gambling Board (NGB) revealed that it generated 30 billion rand in 2018 — just from the 40 licensed and operating brick-and-mortar casinos in the country.

The growth of gaming in South Africa is because of the rise of mobile gaming via smartphones which has meant that many more South Africans can afford to play. Schools and higher education institutions are increasingly offering competitive online gaming activities, referred to as “eSports”, which are watched by spectators. This too is driving the popularity of online gaming. The gaming industry already holds key market positions in capturing and entertaining a wider consumer audience than most traditional media companies.

2017 was considered a landmark in the history of the video gaming industry in South Africa, with revenues reaching US$109 billion1, representing a notable growth in the industry of almost 56 per cent in the past five years. This demonstrates how video game companies have forged new ways of engaging and entertaining consumers while simultaneously creating improved business models to suit the ever-changing digital age.

Video gaming in South Africa is one of the largest markets in Africa.[1] The gaming market is overtaking the market in movies and music in the country. Whilst the American market for video games has declined, it is increasing in South Africa thanks to companies such as Game 4U.  Although the gaming community in Cape Town is big, the uncontested giant in South African gaming is Johannesburg, with Gauteng in its entirety housing more gamers than the rest of the country.

In South Africa the video game retailers such as Game 4U work hand in hand with video game distributors like Megarom Interactive to ensure the latest video games are in stores by their respective release dates and at competitive prices, the distributors provide a recommended retail price (RRP) to the retailers and they either set the same selling price or cheaper if they are willing to cut certain percentages of their profit in order to have the cheapest prices as Game 4U does.

Below are the top Video gaming development companies in South Africa

Celestial Games is an independent video game development company based in Johannesburg, South Africa that started in 1994. They published two PC titles then closed their doors in 2001. In 2010, they reopened the company to work on a HD version of their most successful title, Toxic Bunny. Free Lives is an independent South African video game developer based in Cape Town. Founded in April 2012 and lead by creative director Evan Greenwood, Free Lives is best known for creating the video game Broforce and has also developed the comedy game Genital Jousting and the virtual reality game Gorn. Free Lives is primarily published through the American publisher Devolver Digital. Luma Arcade was a video game developer with origins in South Africa. Luma Arcade was a developer of video games from 2006 to 2013. Initially a division of Luma Studios, a South African animation services provider, Luma Arcade was later spun out as an independent company with staff in San Francisco, Johannesburg, and Portland before being acquired in a private sale in 2013 to an undisclosed buyer.