OUTA has previously laid complaints of racketeering and fraud with the police, naming both Letwaba as well as attorney Leslie Ramulifho. A complaint has been lodged against Phillemon Letwaba, the National Lotteries Commission’s Chief Operating Officer, with the South African Institute for Chartered Accountants. In the complaint, Stephanie Fick, head of the accountability division at Organisation Undoing Tax Abuse (OUTA), lists several multimillion-rand Lottery grants involving Letwaba, which she says breach SAICA’s professional code of conduct.

The actions by Letwaba, who is an accountant, a member of SAICA, and the NLC’s accounting officer, are also in breach of the Public Finance Management Act (PFMA), Fick claims in her complaint, which was lodged last month.  GroundUp has not been able to reach SAICA, but Brendan Slade, OUTA’s legal projects manager, said that he had received an email from SAICA acknowledging receipt of the complaint.

“OUTA calls for the SAICA Professional Conduct Committee and/or the Disciplinary Committee to pursue an investigation into the improper conduct of Letwaba,”

– Fick said in her complaint. She said in 2019 OUTA had investigated “a series” of irregularities in the Lottery’s Pro-Active Funding (PAF) model. Proactive funding, which was introduced in a 2015 amendment to the Lotteries Act, makes provision for the Minister of Trade and Industry or the NLC or its board to identify projects to be funded, rather than via grant applications.

“In our preliminary findings, we have established a reasonable suspicion that the so-called PAF is being utilised in an illegal manner without the proper executive oversight,” 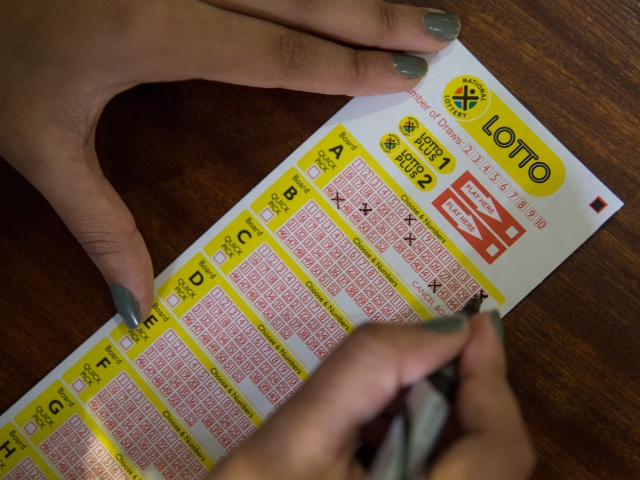 Letwaba has been on “leave of absence” after being suspended earlier this year, pending the outcome of an investigation commissioned by its board into alleged corruption at the NLC. The OUTA complaint refers to Lottery grants including a R10 million grant to Zibsifusion, a non-profit company, to build toilets at several schools in Limpopo. Zibsifusion, which has been dogged by allegations of corruption, is controlled by attorney Leslie Ramulifho, who has been linked to several dodgy Lottery grants amounting to at least R60 million.

Fick said that Letwaba “has peculiar relationships with various grant beneficiaries, which constitutes a conflict of interest“. An example of this was a payment to a Letwaba-linked company, by the non-profit organisation I Am Made for God’s Glory (IAM4GG), soon after IAM4GG received a multimillion-rand grant from the NLC, she said.

IAM4GG — which is controlled by Ramulifho — received almost R11.4 million to build a brand new sports facility in Limpopo. But a GroundUp investigation found that only a fraction of the grant was used for minor renovations on an existing stadium, leaving over R11 million unaccounted for.

In the complaint, Fick says Letwaba was in contravention of SAICA’s Code of Professional Conduct because he “failed to act with integrity by awarding and/or approving grant agreements … with the knowledge” that this would benefit him either directly or indirectly; he failed to take “appropriate steps to inform the relevant authorities, executive, treasury or regulatory body of his conflict of interest in relation to the grant beneficiaries and further failed to disassociate himself with such entities“; by awarding and/or approving grant agreements from which he would benefit he “compromised the principle of objectivity as they were awarded and/or approved for an ulterior purpose and motive“; and his abuse of his position as COO “put the accountancy profession in disrepute”. 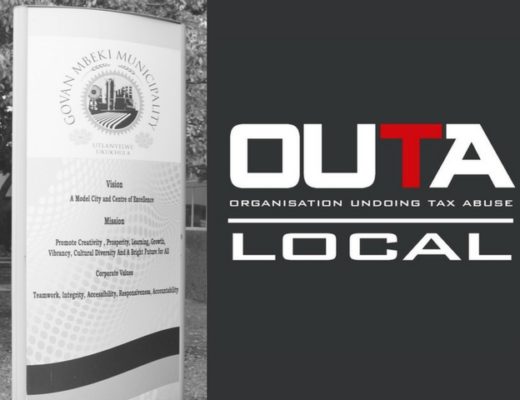 In July, OUTA laid criminal complaints of racketeering and fraud in against the NLC’s board in connection with several multimillion-rand Lottery-funded projects. Both Letwaba and Ramulifho were named in these complaints, which were lodged in terms of the Prevention and Combating of Corrupt Activities Act and the Proceeds of Crime Act. SAPS captain MJ Maponya, who is overseeing the OUTA complaint, confirmed to GroundUp that “the matter is under investigation“. An email sent to Letwaba’s NLC email requesting comment on the SAICA complaint was responded to by NLC spokesman Ndivhuho Mafela. “Please send these questions to Mr Letwaba himself,” Mafela said.

We replied with a follow up email explaining that this was the only address that we have for Letwaba. We asked Mafela to forward the mail to Letwaba. Mafela did not respond and it is unclear whether he forwarded the email or not. GroundUp is being sued after we exposed dodgy Lottery deals involving millions of rands. Please help fund our defence. You can support us via Givengain, Snapscan, EFT, PayPal or PayFast.