Malawi is a country that’s always prided itself on doing things a little differently to the majority of African nations, and those differences are reflected in many of the country’s laws regarding what private citizens can and cannot do. Some of those laws relate to gambling.

While many African nations are in the middle of tightening their laws on gambling or banning it completely, Malawi opened itself up to the economic benefits that gambling can bring many years ago. That process started with the formation of the Malawi Gaming Board in 1996, and it’s a process that’s still continuing today.

Now, the markets of Malawi are about to open themselves up even further to gambling companies. That will mean more opportunities for Malawian gamblers who want to try their hand at games of skill and luck, and more opportunities for foreign companies who want to invest their money into the Malawian economy to take advantage of the new freedoms. If all goes well, that will mean more money in the public purse, and more jobs for Malawians seeking employment. So long as the new proposals are enacted in a manner that affords protection to vulnerable people, it should be a big win for the country. 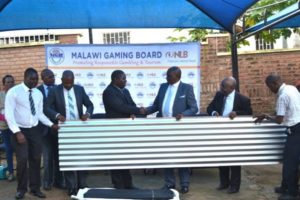 Back in November last year, the Malawi Gaming Board issued a request for proposals process from the Government, allowing them to hand out a fresh series of licenses to gambling companies in the country. The licenses would cover a whole range of different betting activities, including new casinos and new sports betting premises and companies. Sports betting, in particular, is seen as a vital step into the future as far as making tax revenue is concerned. The United States of America legalized sports betting 2018 and raised more than half a billion dollars in tax revenue from the activity in the year that followed – a figure that’s likely to move significantly above one billion dollars this year. Malawi’s market isn’t expected to be quite so large, but it would still be a welcome boost for the country’s treasury.

Right now, the major centers for gambling activity in Malawi are Blantyre and Lilongwe. That could all change, depending on the extent of the new permissions that are granted to the Gaming Board. It’s thought that the Gaming Board would like to gain clarity on whether online gambling is legal in the country, and if it is, to what extent. The existing laws on gambling were drawn up in 1998 and did not foresee the effect that the internet would have on the hobby. In countries where slot sites are legal and regulated, revenue from gamblers playing online slots has been significant. There are several large companies who would love permission to own and operate online slots websites in Malawi – or at least be free to offer their existing online slots websites to the country’s people – and there are potential revenue gains to be made there, too.

The deadline for the proposals to the Gaming Board expired last November, and it’s expected that we will shortly hear news of which companies have been offered licenses, and where their premises might open up. If sports betting has been expanded, as is expected, it means that Premier Bet Malawi will have competition in the country for the very first time. The company has been enjoying a monopoly on sports betting on a national level for a long time and has even been offering online betting options, even though the rules for online betting are unclear. As the activity isn’t identified as either illegal or illegal, the company operates in a gray area. So far, no Malawian has ever been prosecuted for gambling online, and so legality is assumed even if it isn’t clearly stated as such. 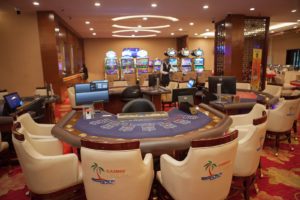 There is also likely to be new competitions for the three physical casinos that exist within Malawi’s borders – Lilongwe’s Casino Marina and American Palace Pirates Casino, and Blantyre’s Colony Club. Although licensees exist in many parts of the country, they remain the only three brick-and-mortar locations with licenses to offer full casino facilities. With so many companies looking to get in on the act, they’ll quickly have to adjust to the new reality that they’re no longer the only game in town. Competition is expected to be good for the casinos – the more competition there is, the better the terms that are offered to players are likely to be.

The last time Malawi’s gambling legislation was updated was in 2015, and that was the only adjustment that had been made since regulations were first introduced in 1998. At that time, the tax rate set on all gambling revenues was moved to 12.5%. It’s possible that the soon-to-be-announced new regulations will increase that tariff slightly, although a significant increase isn’t expected on the grounds that it would put some investors off the idea of opening casinos. Figures for the most recent period available, which is the year ending 2018, show that tax revenues from gambling increased by more than twenty percent during that period, standing at MWK5.7bn – a little over seven million US dollars. If the expansion proceeds on the terms that the Gaming Board envisions, that figure could increase by a factor of ten or more. 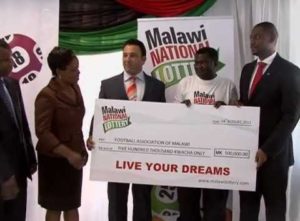 Although any new proposals will have to be sanctioned and agreed by the Government, the Government has already shown that it’s in agreement with the idea of relaxing gambling regulations further. That was evidenced by the creation of Premier Lotto 5/90 last year, which is run by Premier Bet’s subsidiary Premier Lotto Malawi and is the first fixed odds lottery game in Malawian history. With that in mind, so long as the proposals that end up on the Government’s desk don’t differ dramatically from the proposals that were presented when the Malawi Gaming Board first sought permission issues its request for proposals, there shouldn’t be an issue in the new framework becoming law.

With all of the above in mind, the expansion of the country’s gambling industry should be given a cautious welcome by citizens. There are and always will be problems that can come with gambling, such as addiction and the loss of money by civilians, but so long as safeguards are in place and treatment is available for those who become addicted, it’s a hobby that the whole country can benefit from.

A Look at Gaming and the World of Slots in Malawi

Malawi Gaming Board Urges Youth to Focus More in Education