Mauritius is an island nation in the Indian Ocean about 2,000 km off southeast coast of Africa, and the capital city is Port Louis, while the total population of Mauritius residents is 1.3 million people, and the youth population comprising the age group of 15-29 was estimated to be around 311,789 which represent 25% of the total population as at the end 2008 according to Wikipedia.

Both French and English are generally accepted as the official language of Mauritius. Furthermore, Mauritius is known for its undeniable island appeal, eclectic culture, intriguing history and huge array of activities there is little wonder it’s touted as an idyllic destination for a romantic getaway, honeymoon or family holiday and one of the best things about this destination is that it’s not a lazy days spent lapping up the phenomenal year-round weather, known as the home of tourism and emerging gaming industry in Africa.

However, Mauritius Gambling Regulatory Authority (GRA) is a body established in 2007, which operates under the aegis of the prime minister office, while the Authority is administered and managed by Gambling Regulatory Board, and the Regulatory Board are to regulate and control gambling and gaming activities and ensures that gambling is conducted in a fair and transparent manner, and with the intention to foster responsible gambling in the country.

Moreover, online gambling is a big business in Africa and one of the African countries where you see online gambling is Mauritius and the country Gambling Authority have been issuing online gambling license ever since 1996, the first was given to Bowmans sport book, and Mauritian residents are allowed to play online casinos, and poker games and myriad offshore online bookmaker sites.

Furthermore, with easy internet accessibility in the country it means a number of players from Mauritius are able to engage in online Casinos play, Poker and sport book, and also one of the first online casino gambling sites in the country is QQExchange.

Mobile betting is set to explode on this island, and while there are over 6 billion mobile phone users worldwide today, and the numbers are rapidly growing in this country and with a good mobile network connectivity, this has increased the youth participation to bets via mobile phone, and with the increasing mobile payments companies namely Orange, and Airtel etc. And while the current rate of internet users in 2018 is 63.2% of the population, and while internet penetration is 55.1% rate. According to Mauritius internet Stats and Telecommunication report.

However, the need to gamble is been influenced by the economic status of a country, its religion and cultural beliefs but that has not been the case here, according to Mauritius Revenue Authority (MRA) the total revenue generated between 2017/2018 to the government coffers through gambling tax and other Revenue Generated agencies that includes National pension, the National Savings funds, Responsible Gambling and capacity building fund and national CSR Foundation which amounted to $400 million.Whilethe country economy growth in Gross Domestic Product (GDP) in 2017 is 3.8% compare to an increase of 3.9% in 2019 according to world economic report. 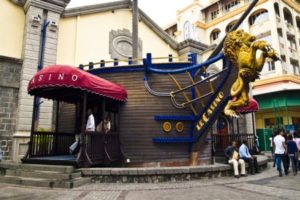 However, according to the CEO of Mauritius Gambling Regulatory Authority (MRA) Mr. Chhayan Ringadoo as quoted said part of the programs the regulatory body is putting in place is to enhance safe gambling and advancement in technology through cashless betting, betting in hotels and the creation of two specialized division within the authority namely horseracing division and the integrity and intelligence division, the vision is make Mauritius a digital island laid out by the National ICT Strategic Plan (NICTSP) 2007-2018 and also with the help of British consultant Christiana Thakor-Rankin and the Regulatory Body.

However, with the advancement of technology and infrastructure development the country is putting in place and the reforms of government policies to help improve the ease of doing business, cashless betting and tourism. Mauritius is been positioned to be the next gambling markets in Africa.