The Mauritius authorities have ordered the closure of activities to do with the entertainment and the land-based casino outlets. This is as a result of the second wave of the Covid-19 infectious disease surge in the country.

The confinement was initially announced in March which was extended until April 30, 2021, and several activities will be prohibited. It announced by Maneesh Gobin, the Attorney General, during the press briefing of the National Communication Committee on Covid-19 on Wednesday, March 30, at the Treasury building. All activities involving regroups were authorized not to conduct their business endeavour, including cinemas, theatres, and amusements. The same confinement was issued for casinos, gym, sports complex schools, and all education institutions.

While on the other hand, social centres, wedding halls, community centres, youth centres, and branches of the Citizen Advice Bureau were not allowed to open their doors. The markets and fairs sectors also remained closed events such as fancy fairs, fairs trade fairs, and sales, social-cultural activities will not be allowed beaches. Public gardens, parks and nature reserve organizing recreational activities were also closed down. The new confinement issued has had a devastating blow to all industry in entertainment, businesses, and the economy. That has been on a standstill since lockdown on March 30. 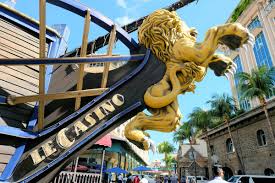 Even though companies such as casinos have been accepting players online, it is expected this coming Friday by 30th April business activities and land-based casino operators to reopen their activities as planned. Undoubtedly the land-based casino operators felt the impact of the covid-19 pandemic outbreak since the first lockdown in the country, which has also disrupted the horse racing season billed to take place in March this year. The planned resumption slated by the end of this month will pretty be a remarkable development for the entertainment space, the gaming industry and all sectors that are affected by this confinement. However, E-play Africa reported in March that Mauritius Casino dismissed two employees before the lockdown was issued.

Simultaneously, two others received a severe warning that they were accused of colliding with casino players. Even though the decision met with criticism from union negotiator for employees in Mauritius, and vowed that after April 30, when activities reopen. They would use the legal means to defend the workers Mauritius casinos dismissed, and it is pretty intriguing that those not familiar with Mauritius. Its undeniable island appeal, eclectic culture, fascinating history, and a massive array of activities are known for its undeniable island appeal. There is little wonder touted as an idyllic destination for a romantic getaway, honeymoon, or family holiday.

One of the best things about this destination is that it’s not a lazy day spent lapping up the phenomenal year-round weather known as the home of tourism. An essential component, of the Mauritania economy and significant sources of its foreign exchange revenue. It is one of the emerging gaming industries in the casino space, especially tourism casino gambling and horseracing betting.

The latest trends in online casinos to check out! 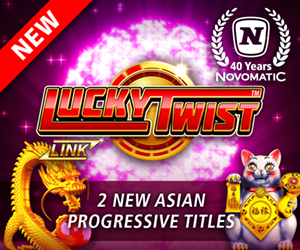