Over the years, women have undergone wonderful transformations with their handy contributions to make the world a better place. Unlike centuries ago where the role of women in the world as a whole was not recognized, the late 20th and 21st centuries have witnessed great women go into the history books.

A lot of women have done great things to the current society and positively influenced the lives of many people around the world. That being said, here are some of the most influential women of modern history who have brought significant change to the world as we know it. 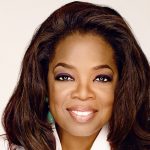 Born in Mississippi in 1954, Oprah Winfrey became the first African-American female billionaire in 2003, and between 2004 and 2006, she was the world’s only black billionaire (Forbes). She is a producer, publisher, actor and head of Media Empire, which founded the multi-award-winning “Oprah Winfrey Show” on television from 1985–2011 and “O, the Oprah Winfrey Magazine” from 2000 to date. On her TV talk show, Oprah discussed various issues, from personal to social and political issues.
She has revolutionized a more friendly and confessional form of communication via the media platform. She also played a vital role in the emergence of Barack Obama as a presidential candidate and continues to influence political circles. To show how influential Oprah is, The Smithsonian National Museum of African American History and Culture holds an exhibition titled “Watching Oprah: The Oprah Winfrey Show and American Culture.” 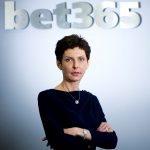 Many may not know it, but Denise Coates is a British go-getter businesswoman who will go down as a mover and shaker of the gambling world that’s currently dominated by men. She is the founder and joint CEO of Bet365, one of the biggest online gambling companies in the world, which she owns a 50% stake. Bet365 is a household name in the world of online casino and sports betting, alongside other top brands like GGBet, serving tens of millions of players across the globe.
Denise Coates is currently worth over $10 billion according to Forbes and has been the highest-paid CEO for a British company for two years running, besting her own record payday from $363 million in 2018 to $424 million in 2019. Some of her accolades include receiving the Commander of the Order of the British Empire (CBE) in 2012 for her service in business and community at large, and for her remarkable leadership in the gambling industry, she was inducted to the SBC Sports Betting Hall of Fame in 2019. 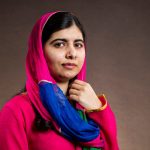 Malala Yousafzai is a Pakistani activist who advocates for women’s and children’s educational rights. Born in 1997, she won the Nobel Peace Prize at age 17, making her the youngest recipient ever. Growing up in a war-torn environment, she managed to overcome the challenges and was at the forefront for Pakistan to pass the nation’s first Right to Education Bill. Her advocacy has developed from a local level to an international level, and this has positively influenced the societies undergoing the same. 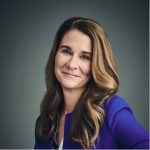 Melinda Anne Gates was born in Dallas, Texas in 1954. She and her husband Bill Gates, one of the richest men on the planet, founded the Bill & Melinda Gates Foundation – the largest private charity organization globally, back in 2000. Since then, she has received several awards and honorary mentions in regards to their world impact in charity works.
By the end of 2020, she was ranked by Forbes as the fifth most powerful woman. Some of the awards she and Bill Gates received include the Award for Greatest Public Service Benefiting the Disadvantaged, Persons of the Year and the Spanish Prince of Asturias Award for International Cooperation, and many more. 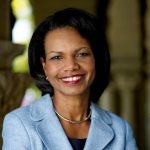 Condoleezza Rice served as the 66th US Secretary of State. She is a professor, diplomat and author. She also served as a national security expert, and she went into the history books as the first African-American female Secretary of State. Condoleezza won an NAACP Image Award for Outstanding Literary Work- Youth/ Teens in 2011. She also received the Women’s champion award in 2008 in the Glamour Women of the year awards. She’s known for her active support of the ‘UNHCR’, ‘Clinton Global Initiative’ and ‘Clinton Foundation’ for charities. 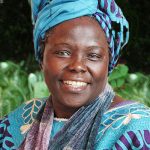 Born in 1940, Wangari Maathai founded the Green Belt Movement in Kenya in 1977, a non-governmental organization for environmental conservation with a focus on planting trees and fighting for women’s rights. In 1997, she ran for the presidency, and in 2002, she was elected to the Kenyan parliament.
In 2004, she became the first African woman and the first environmental activist to win the Nobel Peace Prize for her efforts. She was also the first woman in East and Central Africa to become a Doctor of Philosophy, receiving her Ph.D. from the University of Nairobi in Kenya. 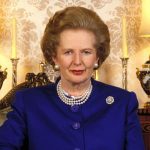 Margaret Hilda Thatcher was the Prime Minister of the UK between 1979 and 1990 and led the conservative party between 1975 and 1990. During her tenure as UK’s PM, she held the position longer than anyone else in the 20th century, and better yet, she was the first woman to hold that office.
The Margaret Thatcher Foundation was formed in 1990 to advance the cause of political and economic freedom. Her political philosophy and economic policies have been used in various countries, and this makes her one of the most influential women in this century.

Truly, the world is changing, and more women are coming out to break the glass ceiling and show that they too are strong enough to bring lasting change to the world. If you look around, whichever part of the world you come from, you must have noticed that women are driving change more than ever before, whether it’s in politics, entertainment or business. Who is your heroine? Let us know about her by dropping a comment below!