Gambling is mistakenly considered a traditional male’s activity, though many women play casino games too. According to the statistics, females gamble almost twice as less as men with a 39% of gambling frequency against 61%. However, their number is still significant to figure out which games women prefer to play.

There are many great poker players among females.

It is not surprising that poker is among ladies’ favorite casino games. History knows many outstanding female poker players competing at WSOP and other tournaments even better than men do. You should have heard about Jennifer Harman and Vanessa Selbst at least. The last one is a world-champion with 3 WSOP bracelets and more than $12 million total wins.

Inspired by Selbst’s example, many women try themselves in poker. Nowadays, most of them play this classic card game online or live. It helps not only to practice and sharpen skills but also avoid possible prejudices about women who gamble.

Slots are one of the most popular casino games among women. 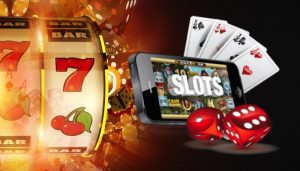 Slot games are one of the easiest to play at online and offline casinos. Therefore, they’re very popular both among male and female gamblers. Women enjoy playing slots as they don’t take much time and are very simple to play and memorize the rules. Basically, all you have to do is place a stake and spin the reels to win, so we are surprised that this game isn’t number-one on the list.

According to the latest research, the most popular slots among women are fruit machines. Also, ladies often play fantasy-themed slots at online casinos as well as games featuring the Ancient Egypt theme.

Roulette is quite a popular ladies’ pick at gambling sites. 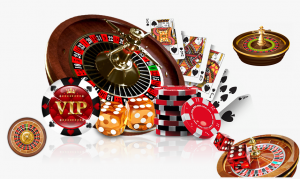 Another popular game of chance among women is roulette. The game is easy enough to play and win as all you have to do is place a stake on the number/color and let the dealer spin the wheel. If the outcome is right, the player wins money. Both European and American roulette games are frequently played by female gamblers at online casinos and land-based locations. However, if you are new to gambling, start with European roulette as the game with a higher winning possibility.

Bingo is a very popular game among females. It is even known as the only gambling game where the number of female players is three times bigger. If you have ever been in a bingo hall, you might have seen mostly ladies trying their luck.

Such massive popularity of bingo among women is understandable. First of all, it is different from other casino games. While roulette or slots are still pretty “noisy” and emotional kinds of games, playing bingo is calm and slow-paced. In addition, game operators focus on feminine branding and language to attract more players and it really works! As a result, almost 80% of all bingo fans are women.

The lottery is among the most popular casino games among women.

The situation with the lottery is similar to bingo’s one. As both games are pretty similar, the lottery also gets women’s attention. In addition, this game of chance is easily accessible around the world, which makes it one of the most played games of all time.

Why bet on Lucky6?

What Is a Tipster And How Do They Work?

How to get luckier while playing Blackjack?

The most popular card games at Casinos everyone should know.

What are the ways gambling can make you feel better?