Revenue from casinos in numerous U.S. states plunged in March as the coronavirus forced the shutdown of in-person gambling across the country in the middle of the month.

New Jersey’s casino and sports betting revenue fell to $163 million in March, down over 44% from a year ago, according to figures released Wednesday.

It was the largest monthly decline in the 42-year history of legalized gambling in Atlantic City, eclipsing the nearly 28% decline in November 2012 following Superstorm Sandy, where casinos were closed for nine days from late October through early November.

With most sports shut down, sports betting revenue fell by over 58%, to just over $13 million. The handle, or total amount wagered on sports before winning bets were paid, was nearly $182 million. Internet gambling soared in March as more gamblers took their business online—the only game in town. Atlantic City’s casinos won nearly $65 million online, an in crease of over 65% from March 2019.

David Schwartz, a gambling historian with the University of Nevada Las Vegas, said the deep declines were expected. He has written seven and edited four books in his area of specialty, gaming history, and serves on several state and local groups, including the Nevada Gaming Policy Committee and the advisory boards of the Museum of Gambling History and the National Museum of Organized Crime and Law Enforcement (Mob Museum).

“While there will be some revenue coming in from online sources, the cessation of live casino gaming caused numbers to sharply plummet, and they will take some time to increase, even after the shutdowns end.”

James Plousis, chairman of the New Jersey Casino Control Commission, called the March figures “a surprise to no one” given the fact that half the month was lost to virus-related closures.

“At this time, the paramount concern for all of the casino licensees in Atlantic City is the safety of their employees and customer. I share their concern.” 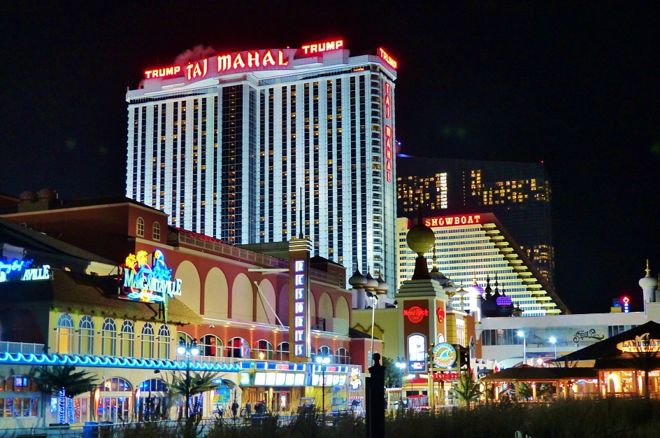 All nine casinos reported revenue declines, with eight of them posting declines of 46% or larger. Bally’s had the largest decline, down nearly 64% to $5.5 million. The Golden Nugget, which has a robust online gambling operation, had the smallest overall revenue decline, down 5% to $30.4 million. The city’s market leader, the Borgata, was down over 51% to $32 million.

The small silver lining for Atlantic City came in the form of internet gambling. The Golden Nugget’s internet winnings increased by nearly 64% in March at $23.3 million, up nearly 64% from a year ago. Resorts Digital was up nearly 60% to $13.5 million; Borgata’s online take rose by nearly 125% to $12.2 million, and Caesars Interactive NJ was up nearly 30% to $6.6 million.

Sports bettors had about a week of NBA and college basketball games, as well as the XFL football league, to wager on before most sports were shut down. Since then, sports books have struggled to attract money on events ranging from ping pong to darts.

As bad as the March numbers are, they are far better than what is to come for April, the first full month of the shut down.