Angola is located on the west coast of Africa with the Atlantic Ocean to the west, the Congo to the north, Zambia to the east and Namibia to the south. Although, Angola is a promising market for gaming businesses, it was only in November 11th, 1975 that Angola became an independent nation after almost 500 years under Portuguese colonization.

However, gambling is legal in the country, and has laws designed to offer some regulation over the industry. In 2016, Angola parliament passed new gambling legislation seeking to regulate casinos, lotteries, and online gambling. Though, the regulatory body in-charge of the land-based activities is the Institute for supervision of Games (Instituto de Supervisao de jogos) which was formed in 2015 and replaced the National Lotteries Company of Angola which was until that time mandated for supervision of all allowed gambling games in the country. Currently the legal functioning of online gambling sector is supervised by the same body. Beside its function as supervisor, this office is the official body which grants licenses to all Angolan Casinos, Sports book or other types of gambling providers, as well as online bookie. 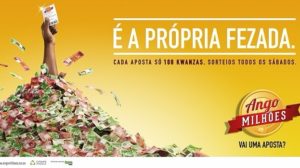 Apparently, the regulatory acts of the Gambling Activities Law (GAL, Law as well as the Decree 39-K/92) make the operation of online sports betting providers legal in the country. However, online sport betting is pretty still developing with the Empresa Nacional de Loterias de Angola being the main betting provider in the country. Thus, there are plenty of offshore online betting operators that bettors in the country wager on as they is no clear cut laws that prohibit offshore online gambling in the country. For instance, the Cyprus based online sports betting operator 1XBET are some of the online betting platforms that accept bettors from Angola. Another, one is 888 Sport and 22BET which offers wide range of betting markets to players in Angola. Furthermore, Land-based casino games, poker and bingo are legal in Angola.

The country has five land-based casinos that offer table games and slots games whilst, most of the casinos are located in Luanda, the capital city of Angola, while, some are in Cabinda, Lubango, and Benguela. Though, casino games is still the most popular form of gambling as there are casinos located in most part of the cities in the country. Indeed, the high rate of online sports betting is increasing in the country which is coupled with infrastructural development and technology. A very good example, the country internet statistics indicate in 2019, 30,000 users and 22.3 percent and by the end of 2020 it is projected to increase by 25% of the total population of the country.

According to Internet World Stats. Further, as stated above there has been a reported case of offshore online sportsbooks betting platforms, that players from Angola wager on bets through there platforms, though, most payments on winnings are made through E-wallet account and deposit is in the same process as how payment are made. However, Angola is definitely a big market for online gambling business. 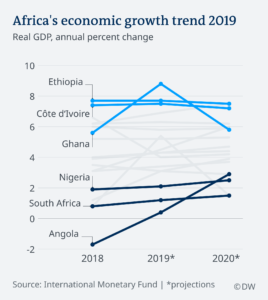 Thanks to its wealth in natural resources of oil and diamonds, Angola is entitled to massive economic perspective and ranked as one of the continent’s leading producers of crude oil. Indeed, human development challenges the downside of the economic boom is also eminent. In 2018 UN report the assessment human development index from 1990 to 2017 value of the country’s HDI is 0.581- which put the country in medium category position at 147 out of 189 countries.

However, the Angolan government has made a tremendous effort to improve people’s life through various jobs schemes, economic cooperation pacts and amending gambling laws as well. Although, the country is positioned for foreign capital and investment in the gaming space and whilst it is right about time they started tapping into this prominent market as some gambling reforms in the country passed a new bill and the following strike of casino business, online sports betting and wagering will potentially turn Angola into a major sub-Saharan gaming and entertainment hub in few years time.