Lesotho, officially known as the kingdom of Lesotho, is a landlocked country in southern Africa, surrounded by South Africa.

Its territory is just over 33,000km2 with a population of over 2 million people which is 147th in the world. The country Capital and largest city Maseru with approximately 330,760 residents, Lesotho’s official languages is Sotho and English. The country operates as a unitary parliamentary constitutional monarchy with King Letsie 111 as its head. Most of the king’s duties are ceremonial, though, Lesotho is a member of the Commonwealth of Nations.

The dominant religion in Lesotho is Christian 90% of the population practices it. Despite being a small landlocked country and Christian dominated society despite all this, there are multiple gambling establishment and private organizations in the country. The legal forms of gambling include casino gambling, sports betting, and lottery. However, there is not enough information on lottery gambling in the country; it was recorded that an initiative by the World Bank involving lottery tickets to people to prevent the spreading of HIV which, resulted in more than 20% drop in HIV affections, it was a huge success. 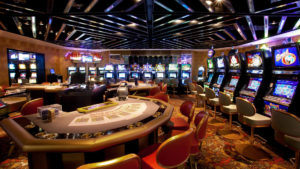 Gambling is legal and regulated by the government since 1989. The Casino Board (established in 1989) is responsible for the regulation and supervision of all gambling activities. There is currently one land-based casino operating in Lesotho, in the Capital city of Maseru. This casino offers the most popular games to players like poker, roulette, blackjack, and slot machines amongst others which is called the AVANI Lesotho Hotel & Casino. Sports betting are one of the most common forms of gambling out there. As previously mentioned, it is entirely legal in Lesotho. Participants have to be 18+.

There is little no to information about land-based bookmakers although it is legal to conduct such business in the country. Still, sports are popular in Lesotho; particularly football is the most followed in the country. However, online gambling is not regulated as it is, in most African countries; on the other hand players from Lesotho are accepted in numerous offshore online casinos and sportsbook operators to try out their favourite games. However, with a relatively small population, the internet penetration stood at 29.8 per cent of the people at a relatively slow pace of internet growth rate from 2000/2019 account for 16,975 per cent. While in terms of mobile penetration, Lesotho’s fare with 78.7% owns a mobile phone according to findings of the demand side survey used to measure penetration, mobile ownership considered alongside mobile subscription levels.

Among the 14 SADC countries, Lesotho ranked fifth, having a mobile subscription rate of 100.94 with Botswana having the highest penetration rate at 169%, and the lowest been Malawi at 37.94% according to the International Telecommunication Union (ICU). Further, to operate a gambling business legally, the owner has to acquire a proper license from the Casino Board. The board gives out permission which is valid for ten years. But, to renew the betting licence, the owner has to apply two years before the expiry of the initial authorized licence. 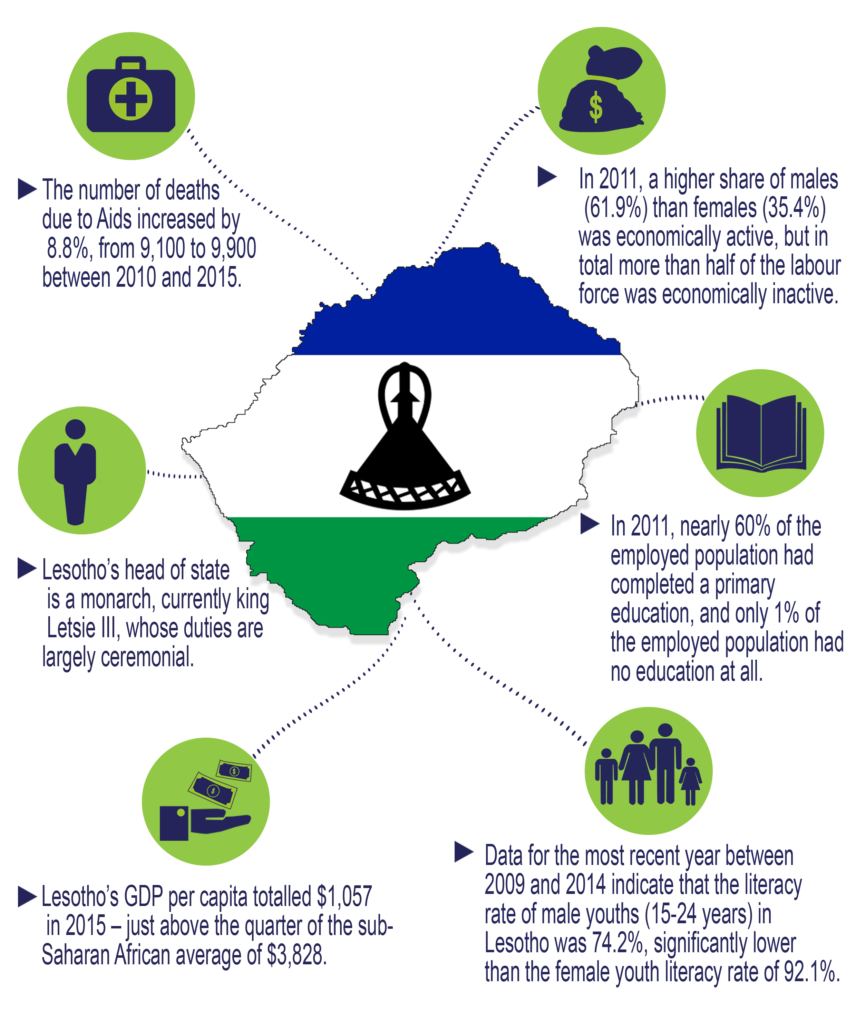 Though the economic situation of a country is influencing gambling despite being a small country, the nation Lesotho’s economy grew at an estimated 2.6 per cent in 2019, up from 1.2 per cent in 2018 owing to strong mining performance and a textiles recovery in an improved global economy. Growth projected at 1.8% for 2020 and 1.7% for 2021. The service industry predominated in GDP (60.1%) according to the Africa Development Bank (AFDB). At the same time, the GDP per capita stood at $1, 349.98 according to International Monetary Fund (IMF). In which tourism contributed 5.5% to the GDP, with this proportion expected to increase to 6.1% of GDP by 2024.

The tourism sector employed over 25,000 people, 4.6% of total national employment this is evident that Lesotho’s tourism sector is booming which has some attractive destination of mountainous terrain draws hiking, pony trekking and skiing as well as the use of four-wheel-drive trails which recorded over one million visitors in 2018 according to the nation minister of tourism. The Lesotho human development index the country is ranked 162nd out of 187 countries on the United Nations Human Development Index, which measures the quality of life a country has in terms of education, life expectancy and education which put Lesotho in a good position in Africa.

Finally, it is transparent gambling entirely legal in Lesotho. However, the gambling market may not be significant in terms of the gambling business as other top Africa gaming industry. Yet still, Lesotho has the potentials for a gambling business to boom as previously mentioned the tourism is significant as it contributes substantial figure to the country GDP. However, the key to unlocking this economic value is the adoption of innovative and cost-effective solutions that are not restricted by existing infrastructure or topography. Though, if gambling is harnessed in this nation, it could play a massive role in generating another source of revenue to the Lesotho government just like the tourism sector.