Benin officially the Republic of Benin, and formerly Dahomey, is a country situated in western African boarded by Niger, Burkina Faso, Nigeria and Togo. Despite its small size Benin as a population of over 11 million people.

The largest city Cotonou with a population of 818,100, Benin has a young population with almost 65 per cent, which is under the age of 25- and which is bolstered by high fertility and population growth. However, most common forms of gambling are legal in Benin though online gambling is not precisely prevalent within the country, and the government hasn’t felt the need to regulate online gambling specifically.

The 2002 gambling act regulates Land-based gambling in Benin (loi N° 2002-28 du 29 mars 2001 portant réglementation des Jeux de Hasard, d’argent et de Paris en république du Bénin*). Which allows gambling of various forms including casino gambling, lottery and sports betting license. Following the law, gambling is technically a monopoly of the state, but cooperation with private companies is allowed-this means in effect, a licensing process. Licensed gambling facilities need to pay for the license, and the government, in turn, guarantees the security. Therefore there are varieties of online sports betting sites in the country some of them which operate retail gambling in the country. 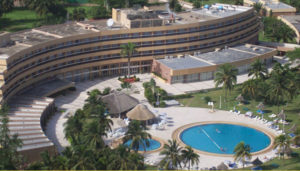 Though Benin 31.4 per cent of the population use the internet and 7.6 per cent internet penetration according to Internet World Stats mind you despite being small country, it is fair to say Benin republic internet users is quite impressive. The economic growth in Benin remains robust estimated at 6.7percent in 2019) thanks in part to an increase in public investment from 21percent of GDP in 2016 to 29percent in 2019 According Africa Development Bank. At the same time, the outlook of Benin economy is positive, with GDP projected to grow at 6.7percent by the end of 2020 and 6.6 per cent in 2021. Perhaps, it is quite interesting to know that gambling is legal as well as having increasing numbers of youth’s population and the most exciting part is sports’ betting is widespread in most of the city. Still, it is not as big as other well known African countries in the gambling sector.

Article by Adeleye Awakan to know more about the African gambling industry, Consultant, please feel free to contact me on any of this channels: Email: [email protected] Linkedin: AdeleyeAwakan, Twitter: @AdeleyeAwakan, Instagram: adeleyeawakan