Gabon officially the Gabonese Republic is situated on the western coast of central Africa, located on the equator. Gabon boarded by Equatorial Guinea northwest, Cameroon to the north, the Republic of the Congo on the east and south, and the Gulf of Guinea to the west.

With a population of 2.1million people, Gabon nonetheless has one of the highest urbanization rates in Africa more than four in five Gabonese citizens live in cities, one in two Gabonese citizens is under the age of 20, according to Demographic survey. The capital largest city is Libreville which plays host to all gambling establishments in the country. The official language is French. Gabon is one of the most prosperous countries in the region, due to mainly to its free resources of petroleum.

Although, gambling is legal and regulated by the 2005 Law 024/2005 of 29 April gambling la, Réglementation générale des Jeux de hazard), relating to the operational license and regulation of game chance in the Gabonese Republic. According to this act, all forms of land-based gambling are legal in Gabon. Based on this act, there have issued several licenses for online gaming platforms, some of the most popular operators include Casino Croisette, Pari-Mutuel Urbaine Gabonaise (PMUG), PremierBet, GeneBet and Netbet. Although the most common wagering is horse racing, poker to casino gambling and lottery, companies willing to operate any gambling services must pay a gambling tax amounting to 4,5 per cent to the Gabonese Ministry of Finance office and the licensing . 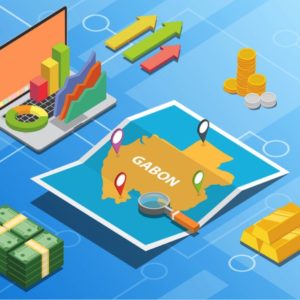 The economic situation of the country does play a major role in the gambling industry. Gabon is an upper-middle-income country. The fifth-largest oil producer in Africa, it has had strong economic growth over the past decade, driven by its production of oil and manganese. The oil sector has accounted for 80% of exports, 45% of GDP and 60 per cent of fiscal revenue on average over the past five years while the GDP per capita $8,384 according to World Bank. The Real GDP growth is expected to be 3.7per cent in 2020 and 3.6per cent in 2021, driven by renewed activity in the non-oil sector, thanks to the momentum of diversification to mines, timber, rubber, and palm oil which should offset a decline in the oil sector. The fiscal surplus should stabilize in 2020, 1.0per cent of GDP and in 2021, 1.5per cent according to Africa Development Bank (AFDB). However, The Gabon human development index the country is ranked 115th out of the 187 countries on the United Nations Human Development Index, which measures the quality of life a country has in terms of education, life expectancy and education which put Gabon in a good position in Africa.

Article by Adeleye Awakan to know more about the African gambling industry, Consultant, please feel free to contact me on any of this channels: E-mail: [email protected] on Linkedin: AdeleyeAwakan, Twitter: @AdeleyeAwakan, Instagram: adeleyeawakan

Chukwuemeka Donatus Discuss How Being A BetKing Agent