Africa gaming industry is relatively experiencing rapid growth in most part of the continent out of the 54 countries 4 prohibits gambling. The continents is blessed with demographic which is expected to double the size of Europe by 2050.

Though, the ever growing rate of punters between age 17-35, are involved in one form of gambling on a daily basis in Africa, we could say they are so many factors why the average young people in Africa thinks nothing else rather than to wager on bets particularly, sports is an integral part of they everyday lives. For instance Nigeria which is Africa most populous states in Africa, whilst the city of Lagos boost over 21 million people is a clerical example to determine how passionate they are and the love of sports is immeasurable particularly football, the street of Lagos on a Saturday morning you’ll see the average youths discussing about the upcoming football league matches across major European leagues-majority of them are involved in some form of gambling, though, sport betting business is definitely growing in this part of the continent. Africans passive betting as a form of entertainment and another legit source of making money therefore and they is an opportunity to watch a televised football matches as well as make money from the said events, the love affair for sports is undeniable and as become rooted to they everyday lives it.

There is no unique determinant of the youth employment challenge in the African region. Rather, a combination of factors contributes to compound a situation that has become top political priority for the region. In sub-Saharan Africa, unemployment rates remain relatively low, as the vast majority of employable active youth regularly suffer from under-employment and lack of decent working conditions. Of the 38.1 percent estimated total, poor working environment, under-pay in sub-Saharan Africa, young people account for 23.5 percent. 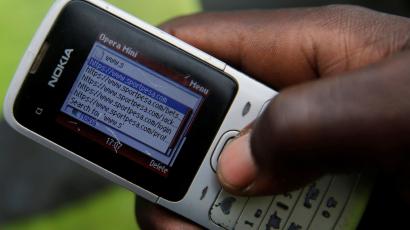 Though, North Africa, unemployment rates among a generally educated more labour force are quite high 23.8 percent estimated in 2012, with a 3 percentage point increase between 2010 and 2011 and a steady increase since 2007 though, unemployment can arguably be considered to be the root of the North Africa spring uprising. According to 2019 statistics report (ILO) International Labour Organization. Although, unemployment is one major challenges majority of the African youths encounter still the government of African state still address the issues of unemployment, working environment even few that are working are under-pay. The reason behind this is that unemployed person will seek another source of income reason sports betting is on the rise in Africa.

Africa is ranked first in the world when it comes to the amount of people aged 15-24, coming in at over 200 million young adults. This poses one of the unique opportunity for the growth of digital sports betting because globally, younger populations are using technology in higher proportions than any generation previously. So we can say in this kind of environment, its easy to see how the value and prevalent of mobile-based sports betting is so attractive to younger people given that bets as small as $1 can deliver a win of $400.

The potential increase in economic activity and infrastructural development- sports betting will result from its transition from paper ledgers to digital ledgers and applications. Another reason why sport betting is booming is because of increasing mobile phone penetration levels. The growth of smartphones usage across Africa is advancing at an unprecedented rate not seen in the region before. One third of mobile phone customers currently own a smartphone, which is set to double in the next 5 years as well as the inevitable 5G network in Africa.

However, as sports betting regulations liberalize across Africa, and millions of participants join this activity, it is critical that sports betting also become more secure and more equitable, in order to have a true and lasting impact for Africa. further, sports betting is not a modern phenomenon. As long as humans have had sports, they have wagered on their outcomes. What as transform is technology, and the ability to run sophisticated, trustworthy sport betting apparatuses, with the capacity for ensuring that no books are stacked and that operations run legally and fairly, sports betting is entering a new era. This technological reality, combined with the favorable demographic changes occurring in Africa, as create more opportunity for sports betting to escalate further in popularity, and in economic growth.