In the last few days, three contending issues were brought to the fore for closer scrutiny, to ensure that our youths are well educated, better protected, and morally-sound.

To begin with, the governments at all levels, to critically look into Nigeria’s educational policy by making it a priority in their budgets; and review teachers salaries, to discourage them from seeking greener pastures abroad. Hence, the government needs to take proactive measures before things get out of hands.

To begin with the role of teachers in promoting national development was stressed. According to the Principal of FUNAAB International School (FUNIS), Mr. Isaac Ogunbunmi, in those days, our society loved and respected teachers because they were custodians of knowledge, adding that the love and respect were no more there. He noted that everything should not be pushed to the government alone, stressing that there are people in society, who could help develop the country’s educational system. Government cannot give us everything we need, but they should do the needful.

“Nigerians should come to our aid, teachers should stay and serve the country, if they work together, they will take the country to greater heights educationally”, – he said.

On his part, a Mathematics instructor at FUNAAB Staff School, Mr. Saburi Sanusi, said poor remuneration and security challenges facing the country have also contributed to mass exodus of teachers while the country still makes use of the old methods of teaching. He, however, urged the government to provide conducive environment and equip schools with state-of-the-art equipment, pointing out that no learning could take place in an unconducive atmosphere.

“It is more than the salary, the dignity of teachers should be returned, we are still making use of old ways of teaching, let the schools be equipped, the schools should be beautified”, – he stated.

In a similar vein, governments at all levels have been advised to award stiff penalties against perpetrators of violence against women, to tackle the menace. The National President, Nigerian Association of University Women (NAUW), Prof. Comfort Onifade gave this piece advice recently.

According to her, when government refuses to do something about violence against women, it would breed lots of violent people in society, adding that the government should punish perpetrators to serve as a deterrent to others.

“Men sometimes take advantage of weaker side of women for they are always the victims because we have people, who will want to force them because they are the head. What the man needed to do is to love his wife and she will submit willingly”, – she said.

“Upbringing is one of the causes, men who perpetrate it must have experienced it when they were young, where the father will beat up the wife, when they grow up they will treat their wife just like that”, – she said.

The Professor urged victims of this heinous act to report to the right people and agencies, stressing that women and wives alike should be economically-engaged and not be over-dependent on their husbands. Nigerian youths engage in gambling because of unemployment while some see gambling as an escape route from hardship, adding that gambling itself is not wrong, but uninformed gambling can be disastrous. 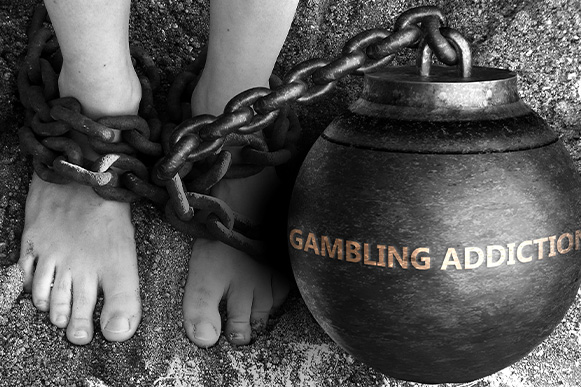 Hence, Osagie stated further that uninformed gambling could make the youth go into other addictions, leading to poor academic performance and suicide. He revealed that there were regulations guiding the business in the country, but are not enforced, saying the whole world should know of such regulations and the government should enforce them. He, however, explained that owners of betting sites should give back to society by creating a trust fund for gamblers so that their mental mental health could be addressed. He equally charged parents to educate their children about gambling and other social vices.

On the way forward, the welfare of teachers should be looked into forward, saying that noted that everything should not be pushed to the government alone, stressing that there are people in society, who could help develop the country’s educational system, the government should provide conducive environment and equip schools with state-of-the-art equipment to promote teaching and learning. The search for good leadership cannot be compromised. Once the leadership question is sorted out, other matters can be addressed. Therefore, all efforts should be deployed to ensure that our youths are becoming more responsible through proper guidance and mentorship. Additionally, something about violence against women should be done promptly while youths that engage in gambling because of unemployment challenges to avoid becoming miscreant in the overall interest of the nation.