For the first time in 25 years, sub-Saharan Africa is about to go into recession, according to World Bank estimates.

The economic growth in sub-Saharan Africa is forecast to fall sharply in 2020 due to Covid-19 will cost the region between $37 billion and $79 billion output losses for 2020 due to the combined effects including trade disruption and reduced remittance, tourism and foreign aid. Perhaps most countries in the region will experience a decline in growth ‘real gross domestic product. 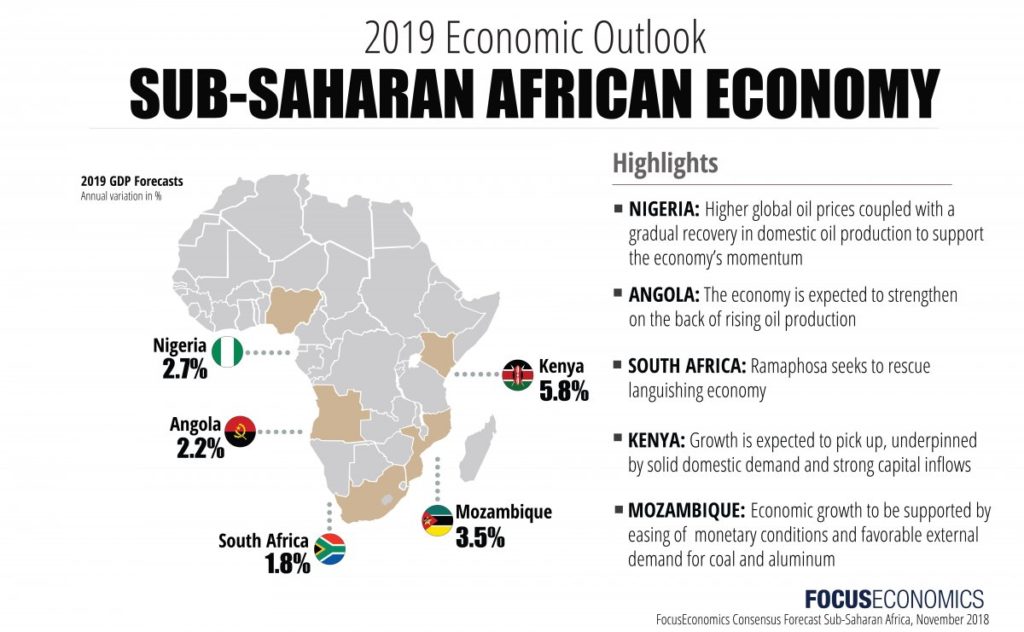 Growth projected to fall sharply, particularly in the parts three largest economies-Nigeria, Angola and South Africa as a result of continued weak growth investment, according to the report. However, following the region record 2.4 per cent growth last year, the estimate for 2020 is between 2.1 and 5.1 per cent as the economy contracts. Therefore another report that is in part a knock-on effect from the economic hits taken by Africa’s main trading partners: China, the EU and the United States add to the slump in the key markets of raw materials and tourism.

However, the African Development Bank remains less pessimistic but still sees a fall into the recession of between -0.7 and -2.8 per cent. However, according to another report from, Africa Union estimates that around 20 million jobs, in formal and informal sectors, are under threat, although the United Nations puts the figure much higher at up to 50 million.

What It Means For Gambling Firms

As stated above with an estimated million of people to lose their jobs due to covid-19 in Africa will see a new set of bettors emerging in such a precarious situation where a lot of youth will become jobless. These could create another window of opportunities for gambling firms, especially for those that lost their jobs they will consider looking for other sources of making money. Though based on the popularity of sports betting among youth in sub-Saharan, it poised that numbers of bettors will increase.

However, as things stand, nobody knows when things will become standard as the vaccine is still in its trial stage. Perhaps some experts think by September while others think next year though covid-19 as had its wrong side and the right side for some sectors but gambling firms it as taking the industry to a whole new level.