Gambling regulators must face the fact that prohibition of internet gambling is impossible to implement, according to a co-founder of the SA National Responsible Gambling Programme.

Professor Peter Collins told the provincial standing committee on finance, economic opportunities and tourism that, with nine provincial boards and two national ones, South Africa has the world’s most expensively regulated gambling environment, but loopholes were being exploited.

“There continues to be unregulated gambling through the internet, accompanied by advertising through a legal loophole. By contrast, incentives to good behaviour could work. All regulatory bodies should collaborate in ensuring only companies which are regulated and taxed in South Africa shall be allowed to advertise in South Africa. This will provide an advantage to regulated South African companies and encourage foreign companies, who wish to attract SA customers, to establish a business here,” said Collins. 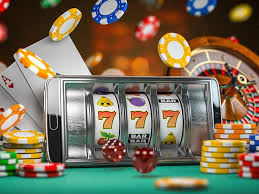 The committee is currently considering the 19th Amendment Bill of the Western Cape Gambling and Racing Act, which on Wednesday held a virtual public hearing to hear submissions from affected stakeholders on the proposed amendments.

Members of the Western Cape Gambling and Racing Board want their terms of office extended to three years instead of the current one, to enable them to “add the most value to the board.”

The board’s legal service manager Yvonne Skepu put the board’s case to the standing committee on finance, economic opportunities and tourism, which is currently considering the 19th Amendment Bill of the Western Cape Gambling and Racing Act, 1996.

“An extension of three years is preferred, as the gambling industry is fairly specialised and it takes new board members about two years to get to grips with the industry and the legal landscape. This also allows for continuity on the board and the expiry terms of board members can be staggered to retain institutional memory,” said Skepu.

The chief director of public policy services at the provincial treasury, Anthony Phillips, said the department backs the passage of the amendments which will provide that certain fees are to be paid to the board instead of into the Provincial Revenue Fund, as this will promote the board’s self sufficiency.