Reel Hero™ has had players and partners excitedly waiting for its release since a teaser was unveiled at ICE London in February. This hot new game hits the shelves today and sci-fans are set to go wild.

Reel Hero™ is a 5-reel, 20-payline online slot that is more than high energy; it’s cosmic. An engaging storyline, compelling bonuses represented by leading characters, and state-of-the-art audio-visuals make for an online slot that is sure to be an instant hit.

“Reel Hero™ is a highly entertaining slot game with a futuristic feel that players of all backgrounds can enjoy. With a rich narrative, many unique bonuses and the very best of Wazdan’s tech expertise weaved into Reel Hero™, we’re expecting it to quickly rise the ranks as a player and operator favourite,” says Andrzej Hyla.

Following four superheroes in outer space, Reel Hero™ has a deeply engaging narrative and draws players into the storyline. Players have the chance to join superheroes on a journey as they fight space-age creatures for the ultimate prize of special features, such as Wild symbols, Scatter symbols and a Free Spins bonus. 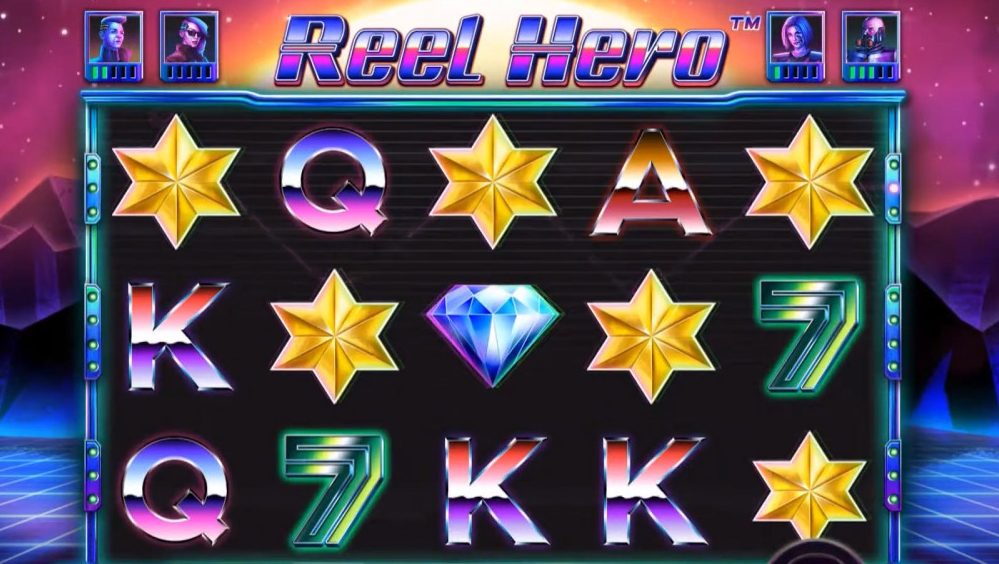 Each leading character in Reel Hero™ has their own secret weapon which players can access as bonuses. The Altiera bonus shoots random Wild symbols with a plasma gun and awards additional wins once hit! Rich’s bonus hacks the reel system, when the bonus is activated it expands a Wild symbol to cover entire reel and lock it for a free Re-spin. When the Victoria bonus is activated, it shifts the reels to the right and sets the first reel in motion to create a new winning combination. Finally, the Jax bonus uses a super-sonic weapon to shoot winning symbols out of the reels offering the opportunity to create a new winning combination. Beyond those incredible bonuses, Wazdan’s Unique Gamble Feature allows players to participate in a futuristic race, where their ultra-fast vehicles could double their wins on the spot.

Most recently, Wazdan extended their solutions with the introduction of the Buy Feature, which allows players to purchase bonuses during gameplay, so they can activate the bonuses they want when they want. This new feature increases engagement and speeds up gameplay, and has already proved popular with players.

Wazdan has had quite the year so far with Reel Hero™ now the fifth new game to come online, following the release of 9 Tigers, Black Horse™ Deluxe, Lucky 9™, and Sonic Reels. As with all Wazdan games, the new releases are fully equipped with the Unique Wazdan Features. Wazdan is known for including the innovative feature, Volatility Levels™, which gives players the freedom of choice to modify the volatility of each spin allowing both high and low-rollers to enjoy gameplay. Reel Hero™ also offers Ultra Lite Mode, a feature that significantly speeds up game loading time and Big Screen Mode which expands reels to maximum focus and fun. Finally, when Ultra Fast Mode is selected it triggers the reels to spin really fast so players can enjoy high-speed gameplay.

Reel Hero™ launches on a Curacao licence on the 10th of June and will become available in other regulated markets as of the 12th of August 2020.

7 is the lucky number in Diamond Link™: Mighty Sevens!