South Sudan has been ranked the most corrupt country in East Africa followed by Burundi. Kenya and Uganda tie in third position, according to latest Corruption Perception Index 2019 report published by Transparency International.

In the report released last week, Rwanda was rated the least corrupt country in the region and the only EAC state to score above the global average rate of 43 out of 100 points after garnering 53 points.

The CPI report measured the perceived levels of corruption in the public sector, drawing on 13 expert assessments and surveys of business executives.

In sub-Saharan Africa, Seychelles and Botswana are leading with 66 and 61 points respectively. Ethiopia scored 37, Zambia 34, Nigeria 26, Zimbabwe 24 and the Democratic Republic of Congo 18 points. 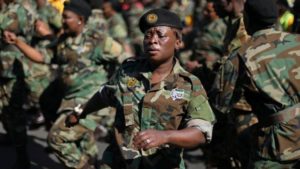 According to the report, countries that perform well on the CPI have strong enforcement of campaign finance regulations and a broader range of political consultation.

Human rights experts say that with East African countries holding general elections in the next few years, corruption cases could increase significantly. Tanzania, Uganda and Kenya are expected to go to the polls in 2020, 2021 and 2022 respectively.

“With the issue of political funding not being addressed, we shall see cases of corruption increase as politicians source money to fund their campaigns,” said Law Society of Kenya representative Mathew Nyabena.

“We need to strengthen our prosecution and the way we collect evidence to see corrupt leaders being convicted,” – he added. 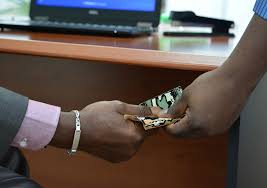 Kenya and Uganda, which got the same points in the ranking, have failed to regulate funds used in campaigns despite having laws regulating such monies.

Kenya failed to enact the Election Campaign Financing Act in 2013 and parliament has deferred the implementation of the legislation to the 2022 election. This has seen elections in Kenya rank among the most expensive polls in Africa, a trend that should be urgently reversed according TI.

In Uganda, despite launching an election roadmap, the government has been accused of not releasing election preparation funds including the Electoral Commission’s budget.

According to the 2019 Global Corruption Barometer-Africa by TI, more than half of citizens in the continent think graft is getting worse and that their governments are doing a bad job at tackling the vice.

Corruption has been cited as a major barrier to economic growth, good governance and basic freedoms.