Directors of the Betting Control and Licensing Board (BCLB) and principals of gambling firm Milestone Games risk jail and fines for defying the High Court in the continued use of SportPesa brand in Kenya’s gaming business.

Businesswoman Asenath Wachera Maina has petitioned the court to punish BCLB board members and Milestone Games principals — Ronald Karauri and Bernard Chauro—for failing to terminate the use of SportPesa brand in line with court orders issued last month.

The High Court last month froze the licence issued to Milestone Games in August by the BCLB to use the SportPesa brand for the year to June 2023. The freeze followed a petition by Ms Maina who has a 21 percent stake in Pevans East Africa that pioneered the sports gaming business in the country with the SportPesa brand.

Pevans East Africa ceased operations after losing its licence in 2019, partly due to allegations of non-payment of taxes that the Kenya Revenue Authority last computed at Sh95 billion. But the brand got its first approval from BCLB in August, triggering the court fight for the key assets of the gaming firm, including the trademark and web domains.

“The cited contemnors herein do stand committed to jail for a period as this court may determine and or pay a punitive fine for contempt of court in that being aware of the orders issued by the High Court on September 19,”

“On September 19, the court issued an order suspending the operation and use of the bookmakers licence number 0000448 pending hearing and determination of the judicial review application.”

The High Court on September 19 said it was prudent to suspend the licence pending the determination of the dispute over the ownership of SportPesa. The judgment, he said, might be rendered useless because Ms Maina may not recoup earnings made by Milestone Games for using the brand should her case be successful.

Ms Maina and tycoon Paul Wanderi Ndung’u, who has a 17 percent stake in Pevans East Africa, have accused Milestone Games of procuring the licence under circumstances shrouded in mystery while the country was focused on the August 9 elections.

She has faulted the BCLB for allowing Milestone Games to use the SportPesa brand, saying it acted unreasonably and in breach of laws governing betting. She added that Milestone Games was previously licensed to trade as Milestone Bet and that a deal of May 26, 2022 that allowed the current use of SportPesa brand was not backed by Pevans East Africa’s board.

The award of the SportPesa licence has split the board of BCLB, with some directors denying knowledge of the deal and court consent.

Two BCLB board members Sabrina Kanini and Joy Masinde told the court that they were not part of the decision that reached a consent, which was filed in court on May 22, allowing Milestone Games to renew its licence and use the SportPesa brand in betting activities.

Ms Masinde said that lawyers representing Milestone Games and a State counsel later reached an agreement on the matter but the board was never informed of the deal for approval.

“Just like the consent, the board was not involved at all in the process leading to the issuance of licence number 000448 to the interested party. The board last held a meeting in April 2022 and I do not recall sitting in a duly convened meeting to evaluate and approve any licence including number 00048.”

– she told the court last week. 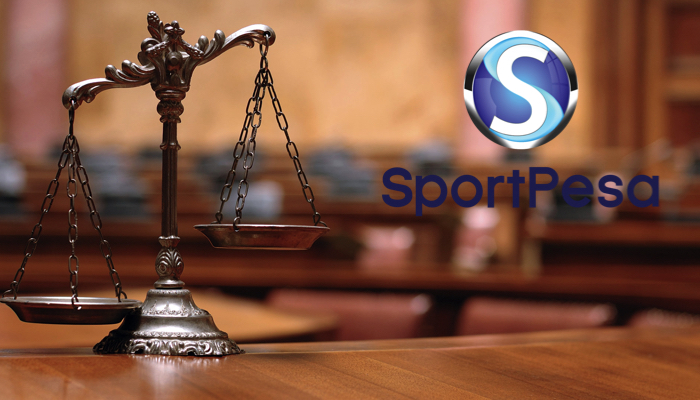 SportPesa is the most popular gaming brand in the country, enjoying a loyal customer base of over 12 million. The brand was built through heavy marketing and sponsorship of sports by Pevans East Africa at a cost of more than Sh5 billion, Mr Ndung’u said in court papers.

Punters resumed betting on the SportPesa platforms, indifferent to the ownership wrangles which do not appear to have affected the customer experience. The fallout among the sports betting pioneers is pitting a group led by Mr Karauri against Mr Ndung’u’s and Ms Maina’s side.

Besides being sidelined in the ownership of Milestone Games, the two entrepreneurs have also been diluted in the multinational Sportpesa Global Holdings Limited (SPGHL) which owns gaming subsidiaries in Tanzania and the United Kingdom among other markets.

At stake are billions of shillings in profits and dividends.

Before the fallout, the partners pocketed dividends totalling Sh7.6 billion from Pevans East Africa in the four and a half years to June 2019. Over the same period, the company reported a cumulative profit of Sh12.9 billion.