In typical Indiana Jones like fashion, we’re looking at a new adventure slot that Greentube is working on, called Secret Treasure. It’s got pretty much everything you’d expect, from precious South American relics, to a young treasure hunter that’s wearing a hat, all in a game that’s promising hidden riches.

Not the most original idea around, but implementation will matter more than the story, so let’s see what we get from this one.

Secret Treasure is a slot machine which has 5×3 reels and 25 paylines. It’s considered a game with Medium volatility (3 out of 5 rating), and it has a 95.19% RTP. There will be a couple of progressive jackpots that could be triggered (Major and Minor versions). As its major features, the game mentions the wild, scatters and free spins with golden symbols.

Betting and Prizes
Not the biggest ones around, but it’s still nice to have a couple of progressive jackpots that could trigger as you play. The two are the Major and the Minor Jackpots, and they do go up in value, the longer it takes until you trigger one of them. 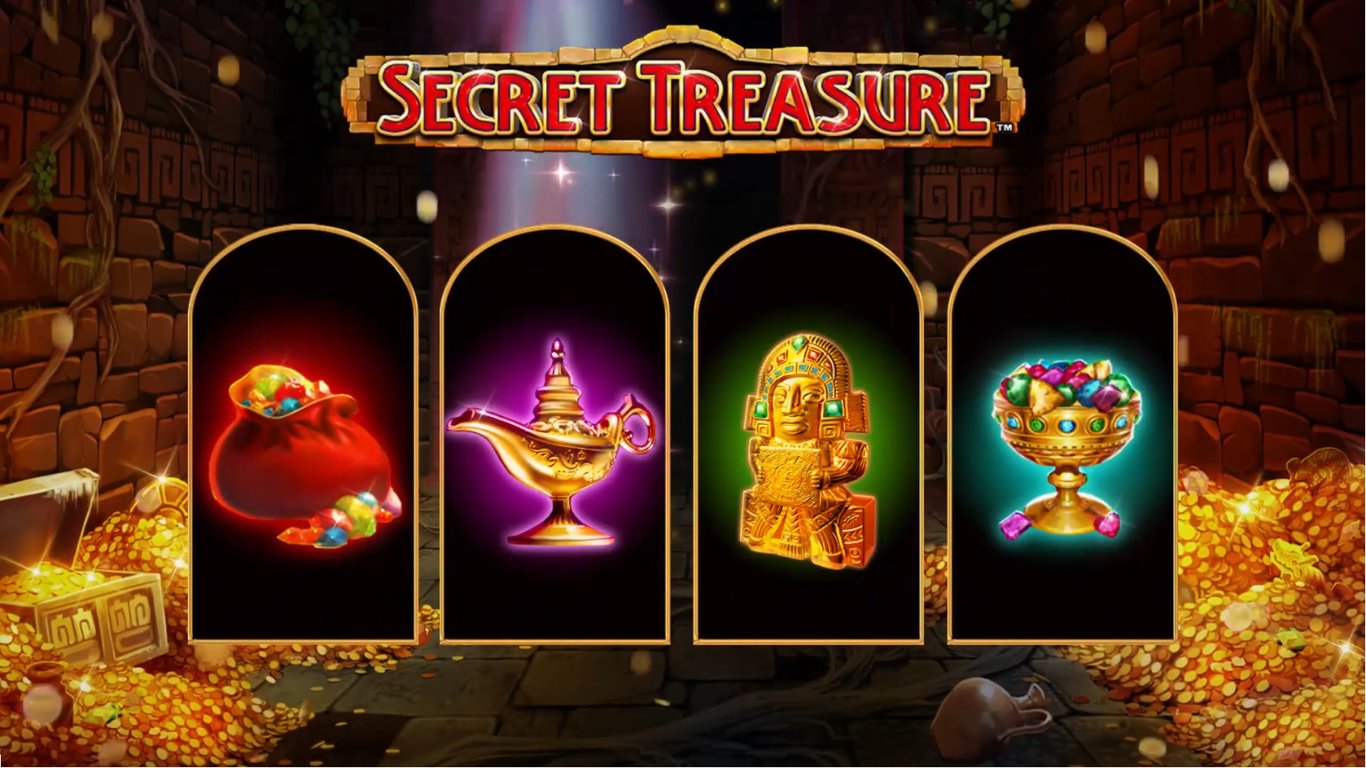 The main feature offered in Secret Treasure appears to be the free spins, which you can get into with help from the scattered Bonus symbols. What you get then, is a feature with 10 free spins. As it starts, you’re going to be required to make a choice, and get one of four treasures. This decides how many free games you get, but also what are the three symbols which are turned into golden versions. The golden symbols are going to be used as wilds, so you do have some help in forming combinations. They’re substitutes, and they also pay you, so the free spins feature can be quite profitable, as it should be. Should only two Bonus symbols land, out of the three or more required for the free games, then you can get access to a feature which can trigger the Minor or the Major Jackpot.

Theme & Design
Visiting South America and exploring its jungles, that’s not something that everyone dreams of, but adventurers will have a special place in their heart for Indiana Jones and his stories. We see a similar adventurer on the reels of Secret Treasure, in the main role, shown in his symbol as he’s about to grab a gold idol, just one piece from a long-lost treasure. With the jungle as the game’s background, the slot relies on a mix of decent and less interesting symbols. The lesser ones get simple Royals, which is difficult to get excited about. The better options revolve around different jewels, goblets and leopards.