Senegal is a West African country with population of just over 15 million residents, an ancient colony of France. The major ethnic group language is Wolof, and 96 percent Islamic people.

It therefore hits a shocker to know the country is a gambling nation, given Islam’s wholehearted ban on gambling. The country, religion be damned, is definitely a gambling country, with a apparently but not really total control of the activity by the government.

This approach by the government suggest a political and economic benefits of gambling which they understand as gambling in most part of African countries is more of a source of income, through tax on punters winning as well as tax on bookies.

However, Senegal gambling scene is controlled by the government owned Senegalise National Lottery (LONASE), the company which opened on the 30th of December 1996, as a private company, before being nationalized in 1987 by Law (law 87/48 of December). Gambling became a nationwide widespread with the nationalization of LONASE, this brought a new dimension to the country gambling industry. Though, casino, sports betting, lottery and virtual sports is legal in the country, therefore the most common form of gambling and one of the oldest in French-speaking Africa is horseracing under the French owned Pari Mutuel Urbaine (PMU). Casino games are very much present but are not accessible to most of the population, at least not legally. Indeed, there are no laws that define online gambling in the country and they are no law that prohibits players from wagering on online foreign sites. 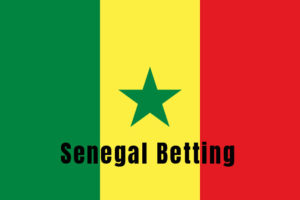 Consequently, till date gambling is still an very much appealing to the population with a growing numbers of youth now very much interested particularly football betting, in recent time, due to the decent performance of the football national team over the years, unlike the last African Nations Cup, the football national team went as far as reaching the finals of the tournament whilst the decent performance from a host of players that ply they football trade in major European leagues as contributed to the key interest while the majority of the youth spend hours watching European football leagues particularly the English league, this could be said the country star player and the recently named CAF best African player of the year Sadio Mane.

Though, this as predominately influenced the growing popularity of sports betting business in the country in recent time. For instance, according to Geopoll survey during the African Nations Cup 2019 betting related report total 50% sub-Saharan Africans participated in gambling, Senegal alone amount to 15% are involved in one form of gambling during the tournament.

Although, gambling may well by criticized by some section of the population, though, the government is preying on the hopes and desire for a quick buck, but still it takes two to tango, and the people don’t seem to mind this kind of extortion, as long as it gives them a shot at a pot of gold.