Find the right symbols and players could trigger either the Sevens Staxx feature or the Bonus Wheel feature for a chance to crack one of the three massive jackpots! Spin the reels today on Greentube’s Home of Games!

The White, Red and Blue Seven symbols only appear on reels 2, 3 and 4 respectively. Fill a reel with one of these symbols to trigger the Sevens Staxx feature. Each of these colours gives the player the chance to win a corresponding jackpot – Mini (white), Minor (Blue), Grand (Red). These symbols then merge, the reel is expanded, and 3 respins are awarded. Players can get an additional 3 respins if another 7 symbol appears on the reel, and each additional 7 symbol also shows a new prize value which can be up to 50x the players bet. The feature is over when all respins have been played, or all reel positions are filled with 7 symbols. Filling all positions on the reel with the 7 symbol awards the player the corresponding jackpot!

2 Bonus Wheel symbols on reels 1 and 5 triggers this feature. Players are then given the opportunity to spin the wheel for a chance to win up to 20x their bet, or one of the three jackpots! 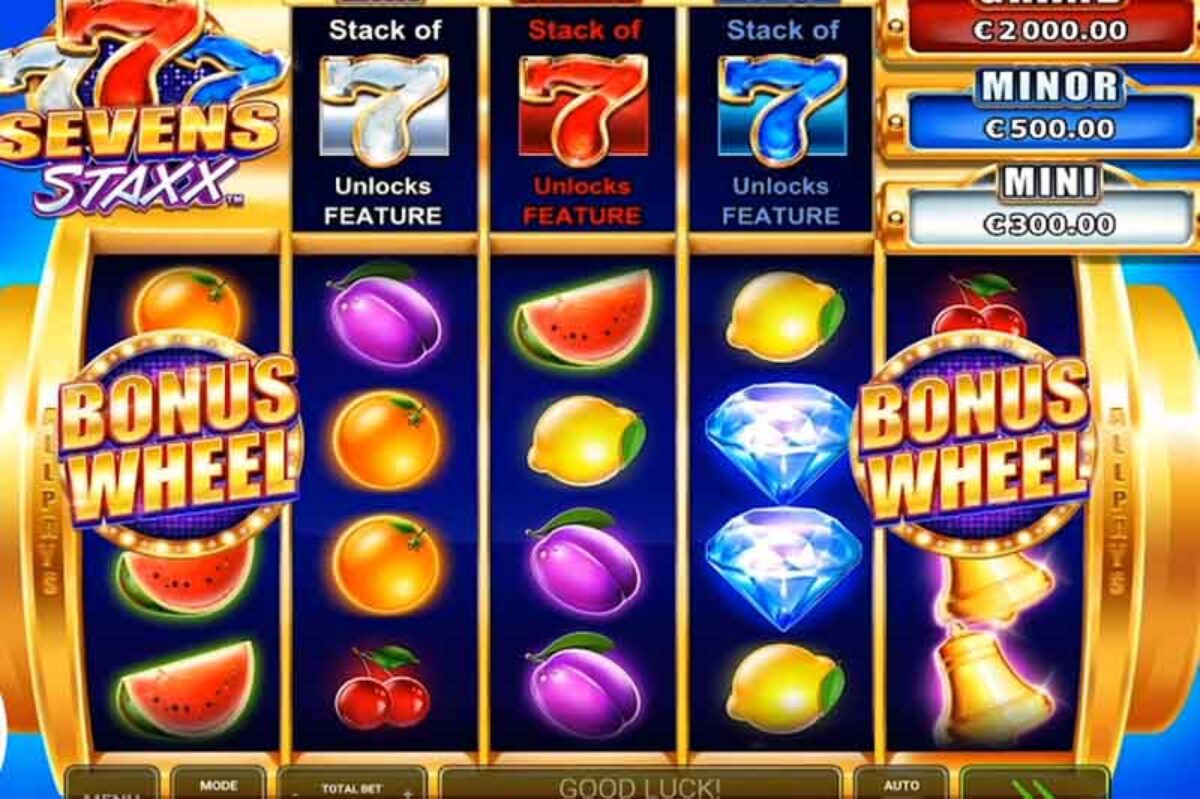