The board is trusted with the task of issuing licenses to gambling facilities. Online gambling is not explicitly regulated by the Act, though there are mentions of “electronic gaming devices” and it also says. It aims to monitor and control the development and operation of all lotteries and gaming activities. It is safe to conclude since the Zimbabwe gaming board, recently approached the Malta Gaming Authority which sees a delegation of Lotteries and Gaming board and the Ministry of Home Affairs and Culture Heritage of the Republic of Zimbabwe.

These approaches by the Zimbabwe board see them study how the gambling industry regulated in Malta. The materials to present relating to the licensing and compliance process, criminal probity assessments, utilization of the risk-based approach and the design around legal instruments, anti-money laundering and supervision. After, the meeting, the topics and exchange around this discussion of best practices between both regulators ensued. This aspect will see a new regulatory framework implemented in the country sooner or later according to Zimbabwe gambling board.

Future of Gambling in Zimbabwe 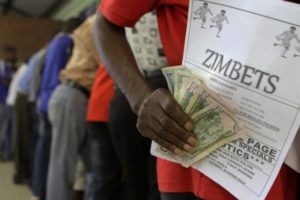 Gambling is gaining momentum in recent years as economic hardship, unemployment shortage of currency, as poor performance in mining, tourism and agriculture shrank about 15.8% due to cyclone Idai in March 2019. Still, many people look at gambling as a potential source of income outside of the formal economy. As gambling are gradually becoming more accepting in particular, the young people have started to embrace it more and more as part of their everyday life in the country. In contrast, some of the general population may have had reservations about gambling, but that has not been the case with the government.

That continues to try as much as possible to improve the gambling sector, which is in the process of announcing a new gambling legislation. If it becomes a reality, this will prove to be a landmark in that it will permit almost all kinds of gambling. Currently the internet penetration is relatively fare which over 50% of the population are using the internet according Internet World Stats. We will see a new life in the gambling sector were online casino, lotteries and online sports betting will contribute substantial revenue to the economy. Still, sports and casino are the most popular in the country once online gambling becomes legal; we expect gambling revenue in the country to skyrocket. 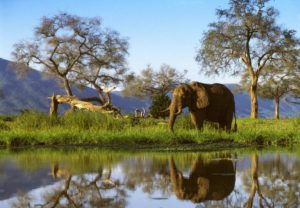 We know how essential the tourism sector is to gambling business and Zimbabwe is one of the countries in Africa which holds unmatched beauty. In 2019, see the tourism sector drop due to foreign currency and shortage in electricity affected the mining and tourism in the country. Although, Zimbabwe is a landlocked country in southern Africa known for its dramatic landscape, and diverse wildlife, much of it within parks, reserve and safari areas, while on the Zamberi River, Victoria Falls make a thundering 108m drop into Batoka Gorge, where there are white-water rafting and bungee-jumping.

Downstream are Matusadona and Mana Pools national parks, which boast several tourist attractions located in almost every region of the country there are eight main National parks in Zimbabwe largest which is Hwange National park. However, according to the World Travel and Tourism Council forecast in their 2017 Economic Impact of Travel and Tourism in Zimbabwe report. That the direct contribution of the sector to the country GDP rise by 3.0 per cent par 2017-2027, to USD 7 billion, 4.0 per cent of total GDP by 2027. In contrast, these figures indicate how instrumental the tourism sector is to the government, and it generates substantial amount to the country’s economy.

The Zimbabwe economy expected to recover with GDP growth of 4.6% in 2020 and 5.6% in 2021 if corrective measures are taken, especially to restore macroeconomic stability. Recovery in the agriculture, though the mining sector global price has improved recently and while increased public and private investments will back the tourism sectors according to statistics report of Africa Development Bank (AFDB).

Finally, gambling is evident in this country, despite the challenges of the country economy significantly since the government is making a move to implement and update its gambling laws. In which part of the reform is focusing on how the industry could have a robust regulatory framework and revenue generation, it is expected that the industry will experience further growth in the gambling sector. At the same time, some of these reforms in the long-term will further open more gambling opportunities in the nearest future.

By Adeleye Awakan to know more about the African gaming industry please feel free to contact me on any of this channel: on Linkedin Adeleye Awakan, Twitter @AdeleyeAwakan , Instgram: adeleyeawakan.

Is gambling in Zimbabwe legal?

Are sports Bettors in Zimbabwe Feeling the coronavirus pinch?