The Kenya government, using moralist arguments, has imposed very tough restrictions on sports betting. But it seems the decision was not based on facts in a world where technology has entrenched betting in consumer culture.

For example, TV adverts on sports betting have been severely restricted in Kenya since mid-2019, but viewers continue to be bombarded with betting advertisements from outside the country. Global betting companies have won major deals to sponsor big-name sports teams, and the branding – including that of betting companies banned in Kenya – is prominently displayed in the English Premier League, among other sporting events popular with Kenyans.

Sports betting took root in Kenya about five years ago thanks to smartphones, cheap mobile data and mobile money. By 2019, sports betting had grown so much in popularity that there arose concerns about gambling addiction.

Speaking to the Star, Betting Control and Licensing Board CEO Peter Mbugi recounted the trend.

“The country was running in a different way. People were betting all over. From teachers in schools, university students, to policemen handling sensitive security posts. The craze was serious and had cut across all sectors, so we felt that something had to be done.”

In the past six months, the government has taken punitive measures to curb sports betting. The market leaders in sports betting were shut down and ordered to reapply for their licences. 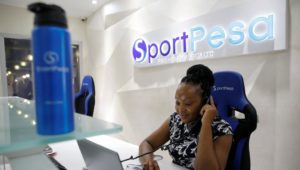 A few had their websites blocked in Kenya. Mobile money paybill numbers were ordered shut, crippling the cash flow of sports betting companies. Expatriates working for betting companies were deported as close to a thousand employees lost their jobs.

Sports betting still exists in Kenya, but not to the same extent before the 2019 crackdown. Consumers have been put off by high taxes. There is a 17 per cent tax on stakes, meaning if you place a bet for Shs 100, the state automatically takes Sh17, leaving you, the punter, with just Sh83 for your bet. If you win, the state takes another 20 per cent in tax.

In certain circumstances, it is possible to win a bet but still lose money due to the high taxes. There isn’t much available data on how the tough government measures have affected the betting industry, but there is anecdotal evidence that people are not betting as much as they used to.

The government justifies its tough stance on sports betting with moral arguments. “We did this with the belief that there is benefit in hard work,” BCLB boss Mbugi says.

The oft-cited moral argument against betting is that it encourages idleness. In extreme cases, gambling addicts might divert money meant for household use. However, similar arguments can be made regarding many other forms of recreation. Alcoholics have been known to steal to finance their addiction. Perhaps, sports betting looks immoral because it presents the possibility of making money without sweat.

In its crackdown on sports betting, the government failed to distinguish it from other games of chance, such as gambling machines, lotteries and casinos. 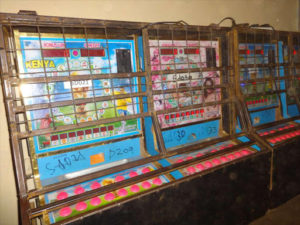 Gambling machines, popularly known as “Mchina” because they are allegedly supplied by Chinese traders, are the most destructive game of chance because they (before the crackdown) were in every village in Kenya. The operators of gambling machines did not enforce the minimum-age restriction because they wanted as many people as possible to play the machines.

Charges were as low as Sh20 per game. The gambling machines were unlicensed and unregulated. Kids were stealing money from home to gamble. Despite the government crackdown, gambling machines remain in business but not to the same extent prior to 2019.

Lotteries involve submitting a set of lucky numbers that could result in winning some prize, usually cash, if they match the outcome of a draw. The set of numbers to be submitted consists of as few as three for some lotteries to as many as seven for the bigger lotteries. The more the set of numbers you have to predict, the higher the potential win but that’s because it is almost impossible for anybody to pick a winning combination out of an infinite number of possibilities.

Casinos tend to attract well-to-do people because the stakes are usually much higher. There are individuals known to wage as much as Sh1 million on casino games. Due to the high entry costs, casinos are not very popular among consumers.

In comparison with other games of chance, sports betting provides the punter with significantly higher chances of winning. All you need to do is correctly predict the outcome of a match. Punters are free to choose which matches to bet on, meaning you can bet on a team you know has good prospects of winning. That is why, before the government crackdown, persons with good knowledge of sports were betting and winning often. 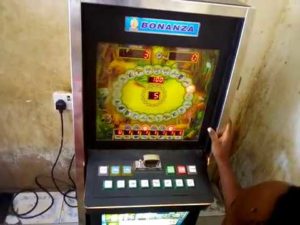 Sports betting has always been regulated by the government. Unlike the owners of Mchina gambling machines, the owners of sports betting firms are well-known individuals operating from licensed offices. You need a mobile phone with a registered mobile money line to place bets.

That requirement effectively locks out children. Though there are children with access to mobile phones, very few children have mobile money accounts holding cash. Besides, the minimum deposit on mobile money platforms is Sh50, which most children cannot get.

The government had reasonable grounds to take action against excessive gambling, but the crackdown was done without a clear understanding of how the betting industry works. The gambling machines in residential areas were completely unregulated and open to children. If everybody in the streets knows that the machines are Mchina, why does the state not go after the suppliers of the machines?

Instead, the government brought down legitimate industry players that were making a positive contribution to the development of sports and social arts in Kenya.