Durban – Someone has bagged the R74 million Lotto jackpot from the November 23 draw. According to Ithuba National Lottery, the player won via the FNB (First National Bank) banking app, adding that this is the fourth highest Lotto jackpot.

According to Ithuba CEO Charmaine Mabuza, when players play via a banking app, they are first contacted by their bank to notify them of their winnings.

“The winner will receive their winnings tax-free between 48 to 72 hours from the time of claiming. A team of financial advisers are on standby to offer advice on a series of investment opportunities. The player will also be offered trauma counselling by a team of psychologists,” – Mabuza said. 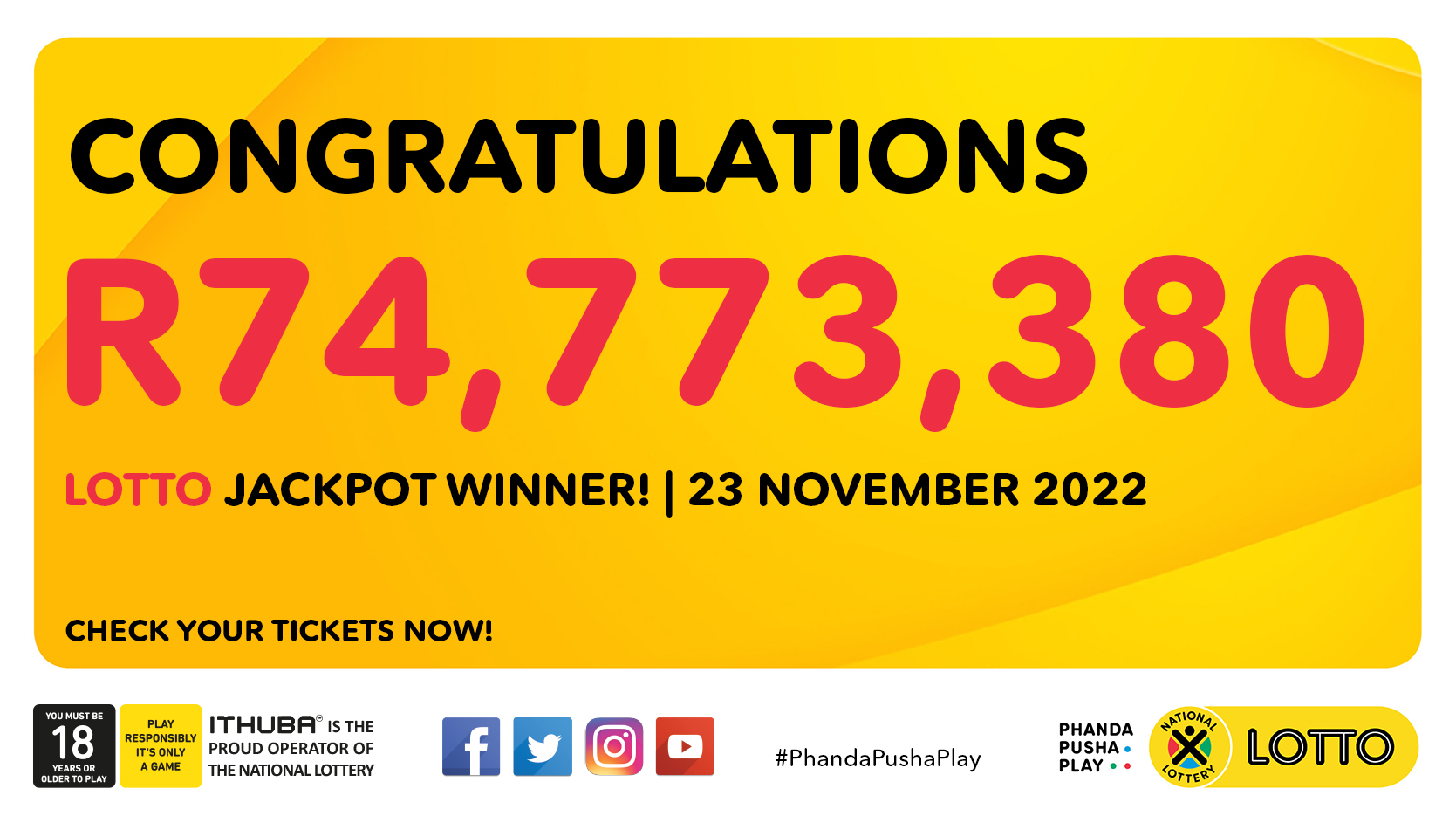 The winner walked away with the Lotto Plus 1 jackpot from the October 19 draw. Ithuba said the businessman realised he had won the jackpot when he received an FNB notification alerting him that he had won over R250 000.

He said it was only when he arrived at the Ithuba offices that he realised he was a multi-millionaire.

The businessman said he didn’t plan on quitting work and planned to donate part of his winnings to a church, as a means to express his gratitude, and complete his family home. Someone has also won R135m in the Powerball jackpot from the November 25 draw, while the Powerball Plus jackpot will roll over