The interest in racing and betting is greater in the Durban area than in the rest of the country.

Prize-money is set to be cut in the majority of South Africa’s racing centres by an average of 13 per cent from next month with Cape Town’s showpiece race, the Sun Met, the biggest sufferer. It has had its value slashed by 40 per cent from R5 million (£267,000) to R3m (£160,256).

More than half the country’s prize-money comes from Tote turnover and public company Phumelela, which is responsible for all except the two Durban courses, blames declining turnover as well as a negative return from its ownership of the country’s biggest bookmaker Betting World.

In addition, prize-money will not benefit from Phumelela dividends this year because declining revenue has hit the company’s profitability hard, while the Gauteng Provincial Government (GPG) has added insult to injury by ruling that Phumelela is no longer entitled to its half-share of the six per cent tax on winning bets. 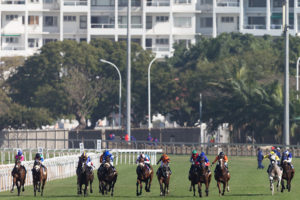 Phumelela stated in a press release on Monday that it is “currently negotiating with the GPG and the Gauteng Gambling Board in an attempt to have its share of the levy reinstated”. It is no certainty to succeed. The news comes soon after Phumelela announced Flamingo Park racecourse is set to close in December, the third South African track to shut its door in the last six years, leaving just seven courses in the country by the end of 2019.

However, there are no prize-money cuts – and there are none planned – at Greyville and Scottsville as they are administered by Gold Circle.

The interest in racing and betting is greater in the Durban area than in the rest of the country and both courses have benefitted substantially from a recent R14.5m (£774,572) three-year sponsorship deal with bookmaking firm Hollywoodbets.