The Special Investigating Unit (SIU) in South Africa raided the National Lotteries Commission (NLC) offices as part of it’s investigation into allegations of maladministration and corruption.

The SIU is an independent statutory body in South Africa tasked with preventing and recovering financial losses to the state that result from corruption, maladministration, and fraud. The NLC regulates and monitors all lottery competitions, including fund-raising activities by non-profit organizations. The commission also occupies the role of grant funder for projects aimed at improving the livelihoods of local communities. 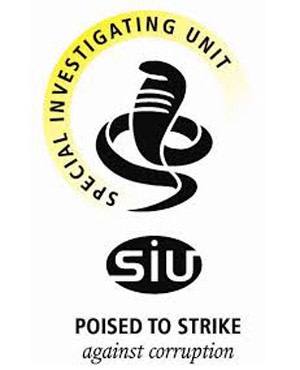 The SIU is currently gathering relevant information relating to all NLC transactions covering the period of January 1, 2014 to November 6, 2020. In particular, SIU spokesperson Kaizer Kganyago said they are looking into the “granting of disbursements that were done.”

There are a number of specific allegations against the NLC that the SIU is currently investigating. These include serious maladministration, unlawful expenditure or misappropriation of public property or money, and unlawful or improper conduct by NLC workers or representatives.

Other allegations concerning the lottery body are the negligent or intentional loss of public funds or damage to public property, as well as unapproved, irregular or unlawful acquisitive acts, measures, practices or transactions that affect state property.

The NLC said it will fully cooperate with the investigation until it comes to a close. While the commission’s daily business will continue, its board and management have committed to ensuring “clean governance” in the running of operations. Office raid follows last week’s accusations of fraud after the national lottery numbers formed an unusual sequence, which saw 20 people share the jackpot win. The PowerBall lottery numbers drawn on December 1 were five, six, seven, eight, and nine, with the PowerBall number being ten.

While the lottery organizers claimed this type of number sequence is normal, others alleged there was some sort of fraud. The claims led the NLC to announce it would investigate this “unprecedented” draw.

It is uncommon to see a large number of lottery participants share a jackpot prize. The probability of a person winning the PowerBall lottery in South Africa is one in 42,375,200. The 20 people who got lucky in last week’s draw will each receive ZAR5.7m ($381,592).

This is not the first time that the NLC has been the subject of an inquiry in recent times. It has also faced two other investigations, one of which the NLC board itself commissioned through an independent audit firm, SkX Protiviti. The goal of the latter was to look into allegations of improper use of funds that were to go to good causes.

South Africa’s Minister of Trade, Industry, and Competition Ebrahim Patel commissioned the other investigation into possible NLC corruption. To date, there have been no findings from the two cases.

Connection Between Cricket and GamStop

Lottery allegedly paid R5.5m to NPO with no bank account

Which Country Gambles The Most In Africa?

The Top 5 Most Popular Lotteries Accessible from within South Africa

Lotto Zambia – meet one of the most popular lotteries in Africa