Police have to be deployed to crime hotspots not only as a deterrent, but also so that communities feel safer. So said Thandokazi George, the spokesperson for and a researcher at the Social Justice Coalition (SJC), on Friday, shortly after Police Minister Bheki Cele released the crime statistics for the first quarter of the 2022/23 financial year.

The latest statistics were compared with the same period last year when the country was subject to Covid-19 lockdown levels 1 and 2 (the most relaxed levels since the pandemic began). Cele announced an increase of 664 people murdered during the first quarter of 2022/23 compared with last year’s figure. In total, 6 424 people were murdered during the first quarter of 2022/23.

Arguments, misunderstandings and retaliation were the three main motives for the murders. Revenge and vigilantism were others.

Cele singled out the Umlazi and Plessislaer police stations in KwaZulu-Natal and the Mthatha Police Station in the Eastern Cape as having registered the highest number of murder cases.

George said violence and crime had reached an all-time high.

“In the past three months, 855 women and 243 children have been killed in South Africa. This illustrates the extent to which the policing and criminal justice systems are failing our communities, especially women and children. As a result, crime, violence and a lack of safety have become part of our daily lives,”

– she said, adding that the SJC advocated intelligence-led and evidence-based policing. 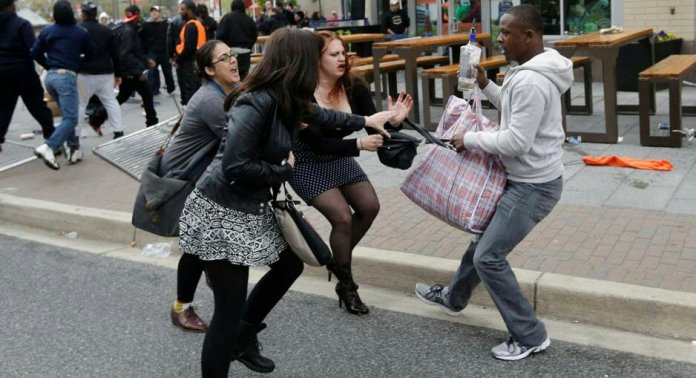 The police, said George, needed to put more effort into proactively fighting crime. Police stations in townships and informal settlements need an urgent reallocation of human resources. Police also need to strengthen relationships with neighbourhood watches and community policing forums, and ensure that those forums are well resourced.
She said the strategic deployment of police in poor black and working-class communities, especially in areas where crimes were known to take place, could have a profound effect not only on reducing violent crimes, but also on improving the community’s perception of law enforcement and their sense of security.

Thandiwe McCloy, spokesperson for People Opposing Women Abuse (Powa), said it was essential to have more programmes that taught communities the importance of healthy communication, because lack of that often led to animosity.

“These programmes could go a long way towards teaching couples to talk about problems as they arise, rather than bottling them up, which has the potential to result in domestic violence and femicide,” – said McCloy.”

She added that couples could also learn the importance of waiting until they had calmed down before discussing issues.

“Our violent past has led to the normalisation of violence and we need to look at healthier ways of dealing with conflict. Parents also need to socialisechildren from a young age to know that boys aren’t better than girls – they’re equal,” – she said.

In the period from April to June, said McCloy, 855 women had been murdered, while more than 11 000 had laid charges of assault with intent to do grievous bodily harm.

“While there was a reduction in rapes compared with the same period last year, the 9 516 rape cases opened in this reporting period is still high. It must also be remembered that many rape cases aren’t reported for various reasons, including fear of further victimisation and lack of trust in the criminal justice system.”

She said the statistics highlighted the alarmingly high levels of violence against women, as well as the importance of NGOs, faith-based organisations, government and corporates putting every effort into addressing gender-based violence.

McCloy said Cele had indicated that liquor remained one of the biggest contributors to crime. While patriarchy and gender inequality were the root causes of gender-based violence, high rates of alcohol abuse in communities across the country fuelled attacks on women and children.

“Heavy drinking increases aggressive behaviour and acts of domestic and sexual violence. Our high rates of unemployment are driving people to alcohol abuse because they use it to cope with their frustrations. There need to be more initiatives to create jobs and reduce alcohol consumption, such as through dialogues and media campaigns.”