South Africa’s fastest horses may not be racing, but a branch of the country’s richest family is pumping money into the industry so that when punters are allowed to return to the track, there will be horses to bet on. 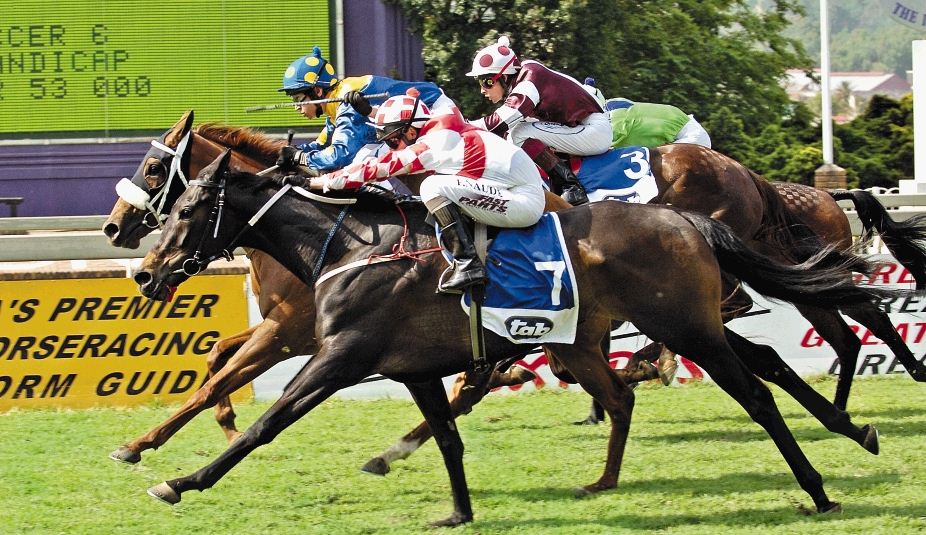 The failure of Phumelela would have a devastating effect on the industry, and the funds are an attempt to save the sector, Wehann Smith, a board member of Mary Oppenheimer Daughters and a director of the Racing Association, told Johannesburg-based Business Day newspaper.
Phumelela — which operates four racecourses, five training centers and over 200 tote outlets comprising nearly 150 branches — has been unable to stage events since the government banned large gatherings in mid-March as the Covid-19 pandemic took hold. The Johannesburg-based company announced it had filed for so-called business rescue on May 8.
Industry Slump
Phumelela used to count former Steinhoff International Holdings NV Chief Executive Officer Markus Jooste as a director and significant shareholder. Jooste, who was an owner of many of the country’s racehorses, was forced to resign all of his directorships in the wake of an accounting scandal at Steinhoff that erupted in 2017.
Phumelela’s revenue started to decline after that and the gambling company, which reported a 109 million-rand full-year loss, started cutting jobs last year amid the horse-racing industry slump.
The stock has tumbled 96% since the start of 2019, leaving the company with a market value of less than 42 million rand. At the company’s request, trading in its shares was suspended on May 8.
The Oppenheimer’s father, Harry, was chairman of De Beers and Anglo American, which was once the world’s biggest mining company. He and his wife, Bridget, owned and raced thousands of horses, according to Tab Online, the official tote-betting site of South African horseracing. Mary is also devoted to racehorses and her daughter, Jessica Slack, also races, according to the website.

The country’s richest were among the first to respond to President Cyril Ramaphosa’s request for funds to help fight the pandemic. The families of Nicky Oppenheimer and billionaire Johann Rupert committed 1 billion rand each to support small businesses and save jobs. Oppenheimer’s sister, Mary, later added another 1 billion rand, while billionaire Patrice Motsepe and his companies pledged to spend 1 billion rand on fighting the disease.
Naspers Ltd., Africa’s largest company by market value, has also committed to spending 1.5 billion rand in the country as the battle against the pandemic intensifies.
Source: iol.co.za

How Lottery Money Was Used To Fund Mansions For High Flyers

What is pulling the plug on digital arts in South Africa?

The Rise of Online Gambling in South Africa

Horseracing Should Be Listening!

Hollywoodbets Now Has an App!