Ronald Karauri, the Chief Executive Officer of SportPesa betting company, has declared interest in the Kasarani parliamentary seat. In a brief text message to The Standard on Wednesday, February 9, Karauri said he will seek to unseat Mercy Gakuya in the August 9, 2022 General Election.

Karauri, 44, remained mum on which party he is seeking to contest on.

The SportPesa boss has undergone a turbulent two-year period at the helm of the embattled betting firm, after the Government, in October 2020, revoked the company’s operating license over a Sh14.9 billion tax dispute.

SportPesa’s parent company, Pevans East Africa Limited, has since ceased operations in the country. SportPesa’s subsequent attempts to bounce back to business, through court processes, were blocked. Karauri and other SportPesa shareholders were, consequently, forced to look for other ways of re-entering the lucrative Kenyan market. 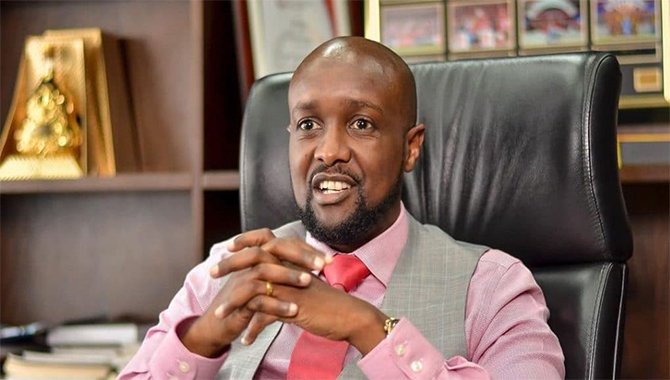 The government’s attempts to revoke Milestone Games Limited’s license have been met with opposition, and a barrage of court countersuits by SportPesa. At its peak, SportPesa was making tens of millions of shillings daily, prompting the government to dig in its tax books. At the same time, the Interior Cabinet Secretary Fred Matiang’i expressed concern at the rise of stress levels among the youth who had lost funds in betting.

In an interview with The Standard four years ago, Karauri said the number of people who were affected by bet losses were fewer compared to those who were benefiting from gambling.

“It is your imagination [that betting has destroyed careers and broken families]. It could be one or two cases, but I have not come across these ‘problems’ that people are trying to create. Most of the stories are speculative and cannot be verified. Besides, in a society, some people will always misbehave. It is important to exercise responsibility,” – added Karauri.